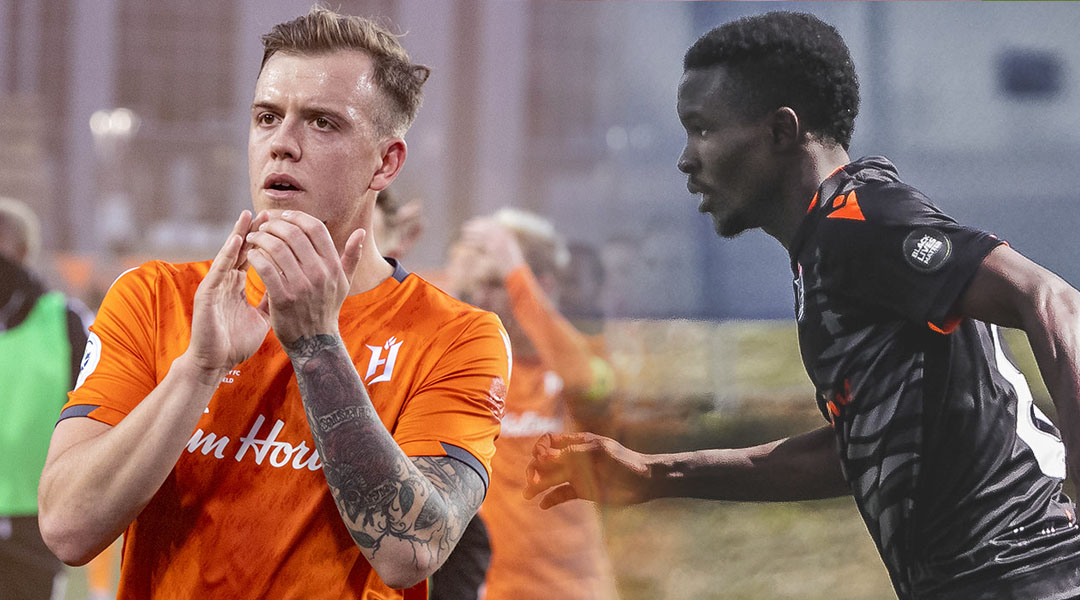 Reigning Canadian Premier League champion Forge FC continues to secure the return of its core roster, with the Hamilton-based side announcing the return of Alexander Achinioti-Jonsson and Elimane Cisse today.

Head Coach Bobby Smyrniotis had made it no secret that he was hoping to retain the core of his roster, with the back-to-back CPL winners having already secured the return of inaugural season squad members Kyle Bekker, Triston Henry, Dominic Samuel, and Kwame Awuah.

Achinioti-Jonsson has appeared 44 times for the Hammers, with the Swedish defensive midfielder featuring in all eleven of Forge FC’s Island Games matches last year and scoring the title-winning goal against the Halifax Wanderers.

The 24-year-old also appeared in all four of Forge FC’s Concacaf League games following the conclusion of The Island Games. Prior to arriving in Canada, the Swedish midfielder had plied his trade with IFK Varnamo, Helsingborgs IF, and Hittarps IK.

Like Alexander, Elimane Cisse is another returning inaugural squad member. He’s made 37 appearances for the hammers so far, ten of which came in the prior season as the versatile athlete put in shifts at both centre-midfield, right-back, and even up front.

He can play right wing, a number nine, played at right fullback – we knew this before he got here. We studied him as a youth international with Senegal. He played as a centre-back in the Under-20 World Cup. He can do this very efficiently, too. He was excellent playing in that right-fullback role for us.

The versatile 25-year-old Senegalese athlete has made twelve appearances for the national team after he had broken out at the U-20 level, where he earned eleven caps and was part of the Senegal squad to reach the semi-finals of the FIFA U-20 World Cup in 2015.

Today’s new signings now bring Forge FC’s returning player count to six, all of whom who have been with the club from the very beginning. With Daniel Krutzen having trialed in Sweden, fans will be hoping that the Belgian defender can soon be counting among the returning inaugural squad athletes.

While it’s unclear what new players Bobby Smyrniotis will ultimately sprinkle in, two fresh faces set to trial at Tim Hortons Field will come from the 2021 CPL-U SPORTS Draft. The club also retained the draft rights to Gabriel Balbinotti, suggesting that he’s more than likely to return, too.

Forge FC will have a chance for new silverware soon rather than later, with the club set to face Toronto FC in a still-dateless Canadian Championship Final that will presumably take place prior to the club’s domestic league title defense which begins this May. This year will also see Forge FC participate in the Concacaf League for the third consecutive season, too.

The length and financial compensation for today’s re-signed players were not disclosed by Forge FC.