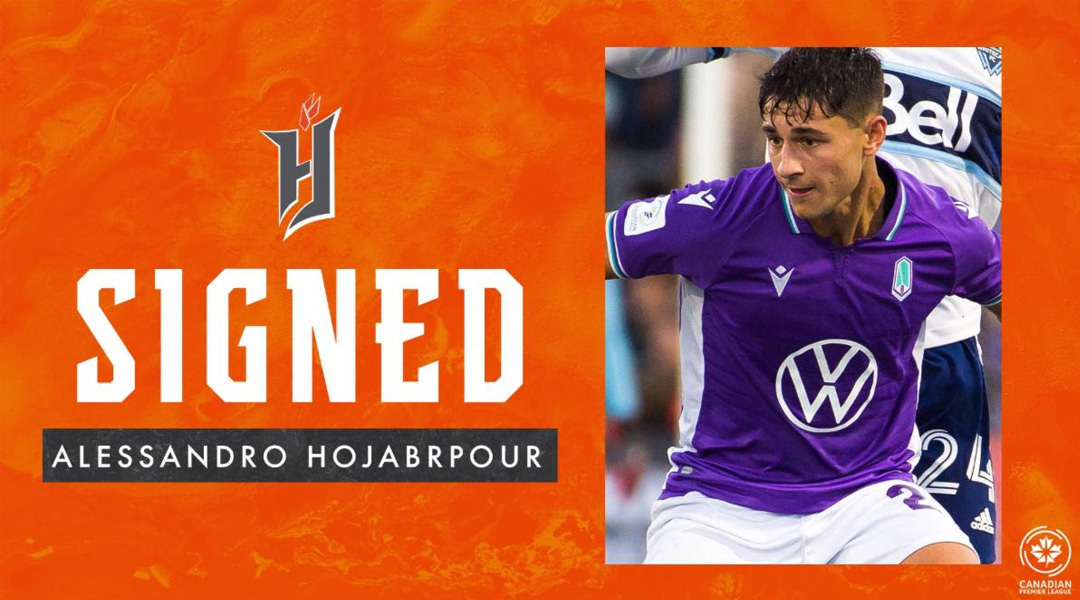 Canadian Premier League side Forge FC has belatedly confirmed the capture of Canadian midfielder Alessandro Hojabrpour, who arrives from Pacific FC on a multi-year deal.

The 22-year-old netted last season’s title-winning goal for Pacific at Tim Hortons Field, wrapping up a stellar campaign that saw him named as the CPL’s Best U-21 Canadian Player of the Year.

The imminent transfer of the midfielder had already been disclosed by his former club, with Pacific stating that it was disappointed in his decision to embark on the intra-league move – though his old boss Pa-Modou Kah says there is no ill-will overall.

See Also: Pacific Has ‘Target On Its Back’, Says Friend

Alessandro had made 63 appearances for Pacific FC, scoring two goals and two assists over a span of three seasons as he continually showed significant year-over-year growth.

We are very happy to welcome Alessandro to Hamilton and our club. His quality play, tireless work rate, and mature character will suit him really well within our group. We are very much looking forward to supporting his further development as a young professional over the next years to come.

Prior to landing in the Canadian Premier League with Pacific, Alessandro developed in the Vancouver Whitecaps Academy before departing to test himself overseas in 2018 with the Lokomotiv Plovdiv U-19 team.

Hojabrpour has also made three appearances for Canada at the U-17 level, scoring a single goal for Les Rouges at the U-17 Concacaf Men’s Championship in 2017.

Forge FC had won back-to-back Canadian Premier League titles before Pacific upset the apple cart in December, though in the time since the Hamilton-based side has also poached Canadian forward Terran Campbell from the west coast side.

Thus far, Alessandro and Terran are the only confirmed Forge FC signings for the 2022 CPL season. With Kwame Awuah reportedly trialing with the Whitecaps and a Champions League match against Cruz Azul now just over a month away, however, more roster news is expected to release soon.

The financial terms of Alessandro’s move to Forge FC were not disclosed by the club. He arrives on a multi-year deal of unspecified structure.