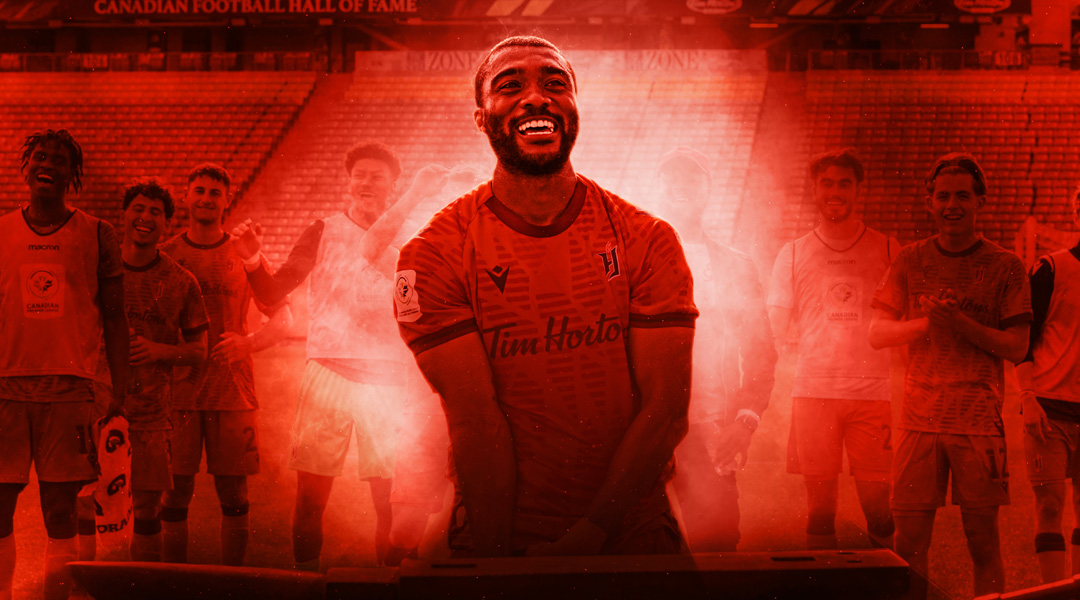 Mr. Toronto is extending his stay in Hamilton.

Canadian left-back Ashtone Morgan has signed a new deal with the reigning Canadian Premier League champions after arriving from MLS pastures last year, cementing himself as a top-tier starter for the side as he helped them obtain a third North Star Shield through 23 league appearances.

Morgan also returned to the continental stage with the club’s Champions League debut against Cruz Azul, while also featuring against his former side Toronto FC in the belated 2020 Canadian Championship Final.

Before the former Canadian international landed in CPL circles, he spent two years with Real Salt Lake following a ten-year spell with hometown club Toronto FC, where he made 168 appearances and was part of four Canadian Championship wins and TFC’s historic treble in 2017.

Morgan’s first spell with the hammers saw him encapsulated by what the team had accomplished in such a short time, and a title win in year one with them has evidently kept his interest.

“We are very happy to have Ashtone re-sign with our club,” said Forge FC Director of Football and Business Costa Smyrniotis. “He brought such valuable experience to our team both on and off the field last season, and I have no doubt he will have a similar positive influence on the group going forward.”

Having made eighteen international appearances for Les Rouges and with 24 Champions League appearances to his name, the 31-year-old looks set to continue a successful spell in Ontario, where he’s also proven to be a great veteran presence in the locker room.

With young left-back Kwasi Poku currently trialing with reigning Swedish champions BK Hacken, it remains to be seen who will be joining Morgan on the left flank – or who will slot in to his right.

The length or financial details of Morgan’s contract was not disclosed by Forge FC.