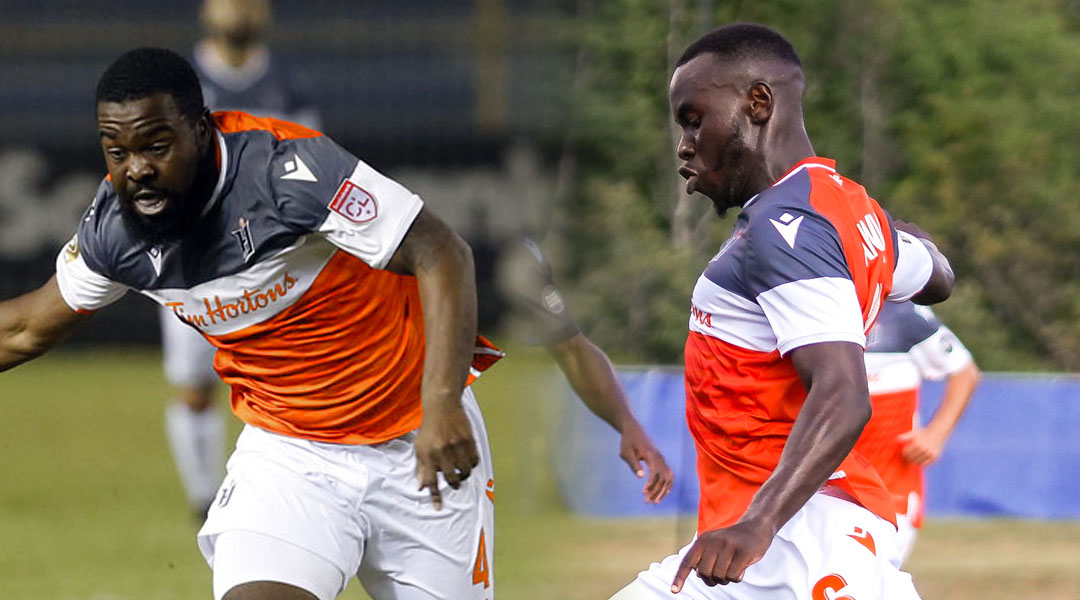 Canadian Premier League champions Forge FC have continued to sign key members of the club’s roster, with the side announcing the return of defenders Kwame Awuah and Dominic Samuel today.

The length and structure of their contracts was not disclosed by Forge FC. Both of today’s returning players had larges role in the club’s back-to-back title victories in Canada’s domestic league.

Former NYCFC Draft Pick Kwame Awuah has made 46 appearances for the Hamilton-based club, scoring one of the best goals of the season at The Island Games and registering six assists overall for the hammers.

The 25-year-old is a product of the Sigma FC Academy, and made two U-23 appearances for the national team. Awuah has been deployed as a left-back with Forge FC, though he’s proven capable of playing further up in midfield too.

Dominic Samuel re-signs having also made 46 appearances in a Forge shirt, with the two-time League1 Ontario defender of the year contributing two assists and proving to be a key defensive mainstay for the side.

The inaugural season saw Samuel defend both sides of the pitch along with the middle, though he was mostly deployed on the right following the arrival of David Edgar. He registered an assist in the club’s opening 2020 Concacaf League match against Municipal Limeno.

Head coach Bobby Smyrniotis had told OneSoccer that he plans to retain the core of the club’s Island Games roster, sprinkling in new players as needed.

The club will be hoping to shore up the middle of its defensive line ahead of a Voyageurs Cup Final against Toronto FC, especially following the retirement of backline anchor David Edgar and Daniel Krutzen having recently pursued trial opportunities Sweden.

Forge FC did not disclose the length or financial details for the contracts of today’s two re-signed players.