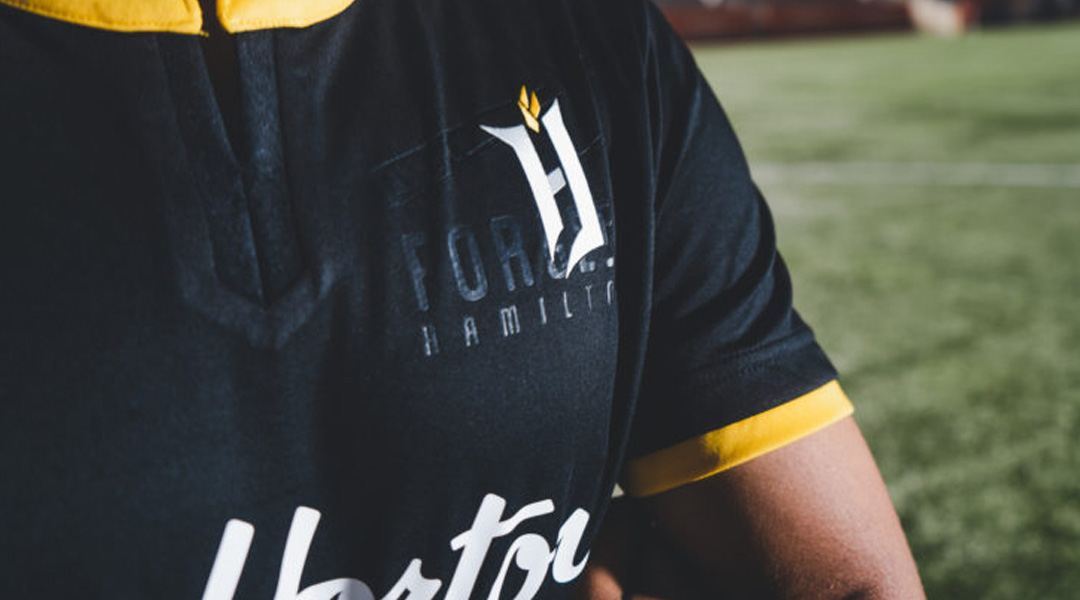 When Valour FC visits Tim Hortons Fields on June 15, Forge FC will be donning a special back and gold kit designed to commemorate the sporting history of Hamilton. The fresh look pays homage to a plethora of Hamilton-based clubs, including the Hamilton Tiger-Cats (CFL), Hamilton Bulldogs (OHL), Hamilton Steelers (CSL), Hamilton Honey Badgers (CEBL), and the Hamilton Tigers team from the 1920s that used to play in the NHL.

We’ve got to say, it’s a smooth look – and it fits the Hamilton-based side well:

The June 15th game against Valour will feature special appearances by players from the Ti-Cats, Bulldogs, and Honey Badgers, with one of the Ti-Cats players having the honour of swinging the hammer to start the match. A commemorative video showing the city’s rich sporting history will also be played at half-time.

We are excited to wear the black and gold kits to honour the rich sporting history in Hamilton. Everyone associates those colours with the city and we’re certainly aware of the great teams here that have worn them. We look forward to carrying on that tradition on June 15.

We have to say, the kit looks sharp. One has to assume this forces Valour FC to wear its red home kits for the away trip, because otherwise the club’s away strip might leave both sides looking too similar. In any event, the black-and-gold kit is a great-looking design with a lot of history behind it. With Forge FC second only to Cavalry FC in the spring season, the hammer will be hopeful it can add some more history to those colours, too.

Interested fans can purchase an authentic black-and-gold kit from Macron here. We have to imagine it’ll be a popular choice for members of the the Barton Street Battalion, since the Forge FC supporters’ group has black-and-gold branding itself.