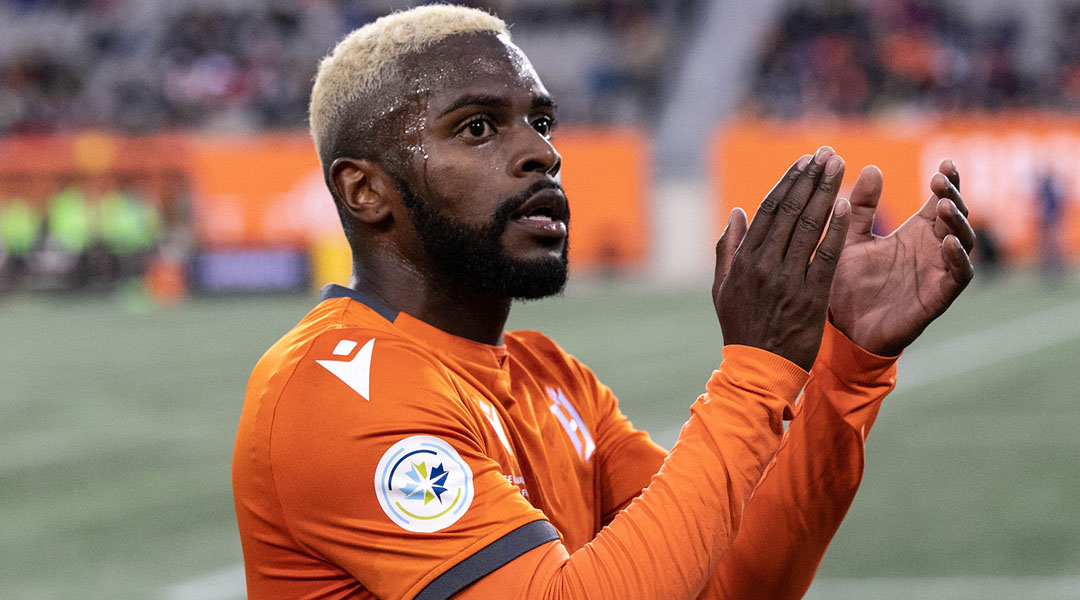 Capable of playing on both sides of the wing, he’s proven to be a great attacking option for the hammers over the past two years. The North York native has made 37 appearances across all competitions for Forge FC, scoring seven goals and providing two assists.

He was off to a blistering start at The Island Games last year, scoring two goals in seven appearances before missing the latter half of the season through a hamstring injury.

The midfielder recovered in time to take part in the side’s underdog Concacaf League victory over Tauro FC, with the 25-year-old also featuring in the side’s narrow 1-0 loss against CD Marathon to close out the 2020 campaign.

The Canadian winger was selected by the Philadelphia Union in the 2017 MLS SuperDraft, with Nanco then being sent to the club’s USL affiliate, Bethlehem Steel, where he made sixty appearances. Prior to that, he spent time with Forge FC head coach Bobby Smyrniotis at Sigma FC.

Chris Nanco’s return now brings Forge FC’s player counter up to thirteen, all of whom have been announced in the current calendar year. Smyrniotis made it clear he was aiming to retain the core of his roster, and thus far has pieced together most of the side’s starting eleven with notable exceptions up top and, of course, the obvious caveat that the side must secure a replacement for David Edgar.

With a Canadian Championship Final expected to take place in mid-March – which Toronto FC returned to training early for – the squad will need to be match-ready in about a month. Nanco is a big addition, though fan focus now likely shifting to the return of players like Molham Babouli or Paolo Sabak.

The club confirmed the return of Daniel Krutzen earlier this week, and will will also be taking a look at 2021 CPL-U SPORTS Draft picks Garven-Michee Metusala and Jose da Cunha when training resumes at Tim Hortons Field.

In terms of outbound players, the club will undergo the Canadian Championship Final without Anthony Novak, who has signed with Portuguese side Clube Condeixa.

Forge FC did not disclose the length or financial terms of Nanco’s contract.