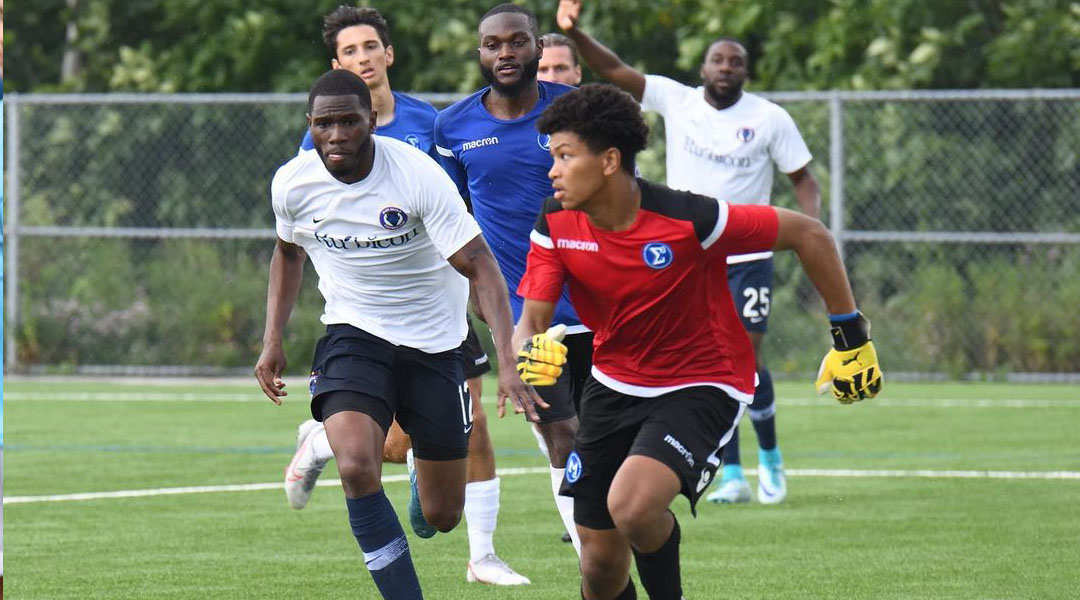 The youngster has made four appearances at the League1 Ontario level this season, completing 277 minutes of action with five goals against. Three of his appearances came as starts, with the youngster also coming on late against North Mississauga SC to replace Carter Osborne. He had also previously played for the Milton Youth Soccer Club.

The local youth product will be appearing for the hammers on the day of his signing, with head coach Bobby Smyrniotis immediately naming him to the bench in place of Baj Maan for tonight’s 905 Derby.

The Hamilton-based club has relied heavily on its partnership with Sigma FC for goalkeeper recruitment, with five of its seven goalkeepers having come through the League1 Ontario team: Triston Henry, Baj Maan, Luke Iacobellis, Corey Marques, and Christopher Kangalo.

Former Forge goalkeepers Quillan Roberts and David Monsalve didn’t suit up for Sigma, but did have experience in League1 Ontario. Roberts has now landed with 1812 FC after picking up a North Star Shield with Forge back in 2019.

The Hamilton-based side has brought in a number of Sigma FC youth products this season, while also calling up former Forge man Klaidi Cela ahead of a 905 Derby earlier this year. Sigma FC still houses a number of CPL talents, including former Forge forward Kadell Thomas.

Forge FC did not disclose the details of Kalongo’s Developmental Goalkeeper contract with the side. The league has restructured how its 23-man roster capacity rules work this season, with rules surrounding developmental contracts and U-18 athletes now allowing for plenty of additional flexibility.