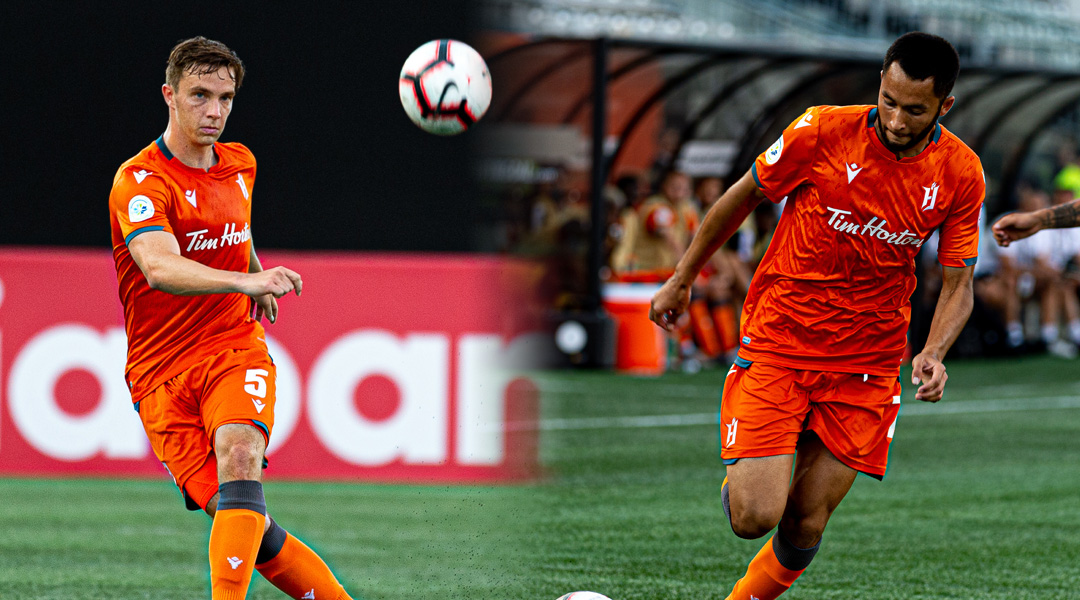 After succeeding in an interim process to qualify for the CONCACAF League, Hamilton-based Canadian Premier League club Forge FC had it all to prove against Antigua GFC on Thursday: it was a newly-formed club from a brand new league putting itself up against the 61-year-old champions of Guatemala, who had prior experience from the CONCACAF Champions League.

The 2019 CONCACAF League officially kicked off a few days ago, and Forge FC proved itself up to the task. The home side came out 2-1 winners over its more-established opposition, and now holds the advantage going into next week’s away leg.

A big part of the club’s success in the first leg came down to the last-gasp goal from David Choiniere, and the ability for Daniel Krutzen to equalize for Forge FC during a set piece early on in the second half. For their efforts, the two players have been included in the first 2019 CONCACAF League Team of the Week:

Since Forge FC are the first Canadian Premier League club to even play in the continental competition, this means that Choiniere and Krutzen also get the honour of being the first-ever CPL players to make the CONCACAF League Team of the Week.

Head coach Bobby Smyrniotis will be hoping that the good times can continue away from home, too: the club lost flashy striker Emery Welshman yesterday, with the Mississauga-born striker expected to ply his trade in Israel after impressing at the Hamilton-based club.

The club has since brought in Canadian international David Edgar to shore up its backline, though it remains to be seen if he’ll have enough time to gel with the squad before the club’s away leg next Thursday. Edgar spent most of his career playing overseas in Europe, and fans will expect his performances to match his high reputation. A good outing in the CONCACAF League would be quite the introduction, if he’s ready for such in time.


Whatever happens, Forge FC has represented the young league well during its first foray into CONCACAF League action. Fans of the the hammer know that they’ve got what it takes to put together a successful attack, and getting an away goal next week will go a long way into securing passage to the Round of 16 – though that’s still easier said than done, even with the advantage.

Nicaraguan side Real Esteli had the most of out of any clubs for the first CONCACAF League Team of the Week listing, with three players featured on the roster after a 2-1 home win over El Salvadoran outfit Santa Tecla. Like Forge FC, Costa Rican side Saprissa featured two players, while the likes of Robinhood (Surinam), Comunicaciones (Guatemala), Capoise (Haiti), and Alianza (El Salvador) all had one player make the cut. No player from a losing team made the selection.

Forge FC will play its away leg against Antigua GFC on Thursday, August 8, at 8:00PM EST. The match is expected to be streamed on TSN Direct.