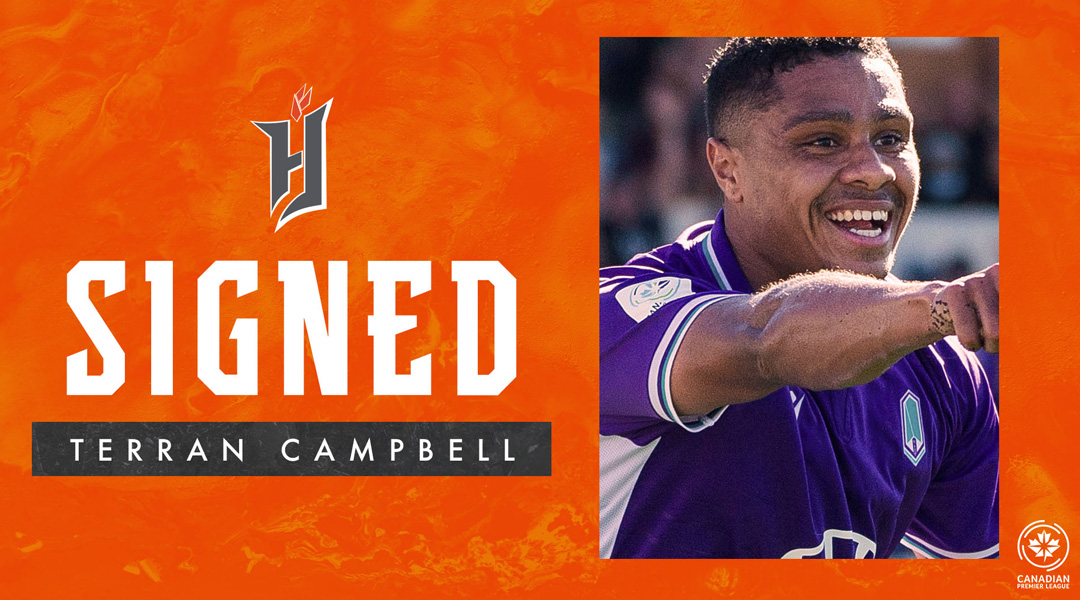 The 23-year-old’s imminent arrival had already been revealed by his former club, who broke the news that both Terran Campbell and Alessandro Hojabrpour were set for the two-time CPL champions last Friday.

Related: Pacific ‘Has Target On Its Back’, Says Friend

The Burnaby-born Vancouver Whitecaps youth product will arrive to Tim Hortons Field having already proven himself to be one of the league’s top goalscorers, with Campbell contributing 23 goals from 66 appearances for Pacific after signing with the west coast side in 2019.

His final goal for the Tridents came in a 2-1 playoff victory over Cavalry FC last season. The next match saw Campbell’s side defeat Forge FC in the 2021 CPL Final.

His new Hamilton-based side has remained quiet on returning players thus far, though signing announcements are expected to start creeping out now that the club has a Champions League home match scheduled for February 16.

We are very happy to welcome Terran to Hamilton and our club. His ability to create quality chances for himself and teammates will no doubt make him a valued addition to our group. He is driven to constantly improve his game, and we are happy to be his club of choice to achieve this during these next few important years of his young professional career.

The high-profile intra-league transfer had come as a surprise to many, seemingly including his former club: Pacific FC head coach Pa-Modou Kah said he was disappointed in the move, though he stated that he had no ill-will towards the highly-touted Canadian midfielder-turned-striker.

“They chose to stay in Canada, which is their right,” Kah said of both Campbell and Hojabrpour, “they both should be remembered as champions.”

The length and financial details of the contract were not disclosed by Forge FC. Campbell is the first confirmed addition to the club’s roster for the upcoming season.