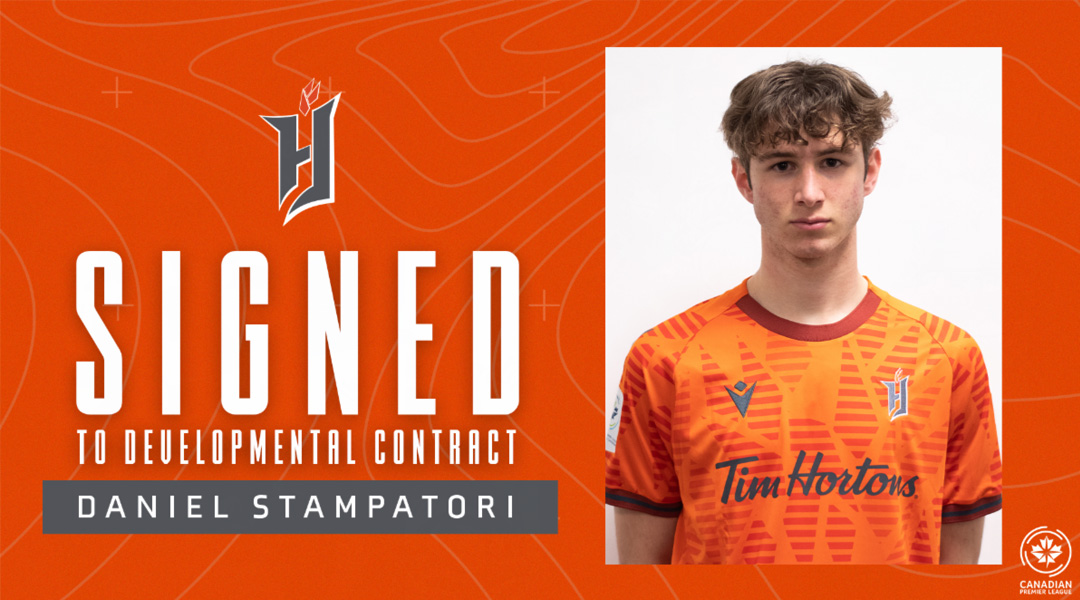 The teenage addition had been training with the side all season, having already been included in the club’s Concacaf Champions League roster for its two bouts against Cruz Azul – though he didn’t feature in any matchday squads for the premier continental competition.

The Hamilton-based side announced his addition to the league roster just hours prior to the club’s home opener against CavalryFC last night, where two stellar out-of-the-box goals from Alessandro Hojabrpour and David Choiniere saw the match finish in a 2-2 draw against Cavalry.

Stampatori made his professional debut at the tail end of the match, coming on as an added time substitute for Aboubacar Sissoko.

The hammers have added a number of young talent in the last few weeks, adding Marcus Caldeira and Abdulmalik Owolabi-Belewu two weeks ago, while 17-year-old Dino Bontis was recruited, rode the bench in the club’s season opener, and is now away with the Canada U-20 team.

Like no less than thirteen players in the Forge FC roster, the 17-year-old Stampatori developed with League1 Ontario side Sigma FC, which has proven to be a bountiful feeder club for the two-time CPL champions.

Forge FC will be back in action next weekend as it hosts an underdog FC Edmonton side that has remained undefeated across its opening two matches.