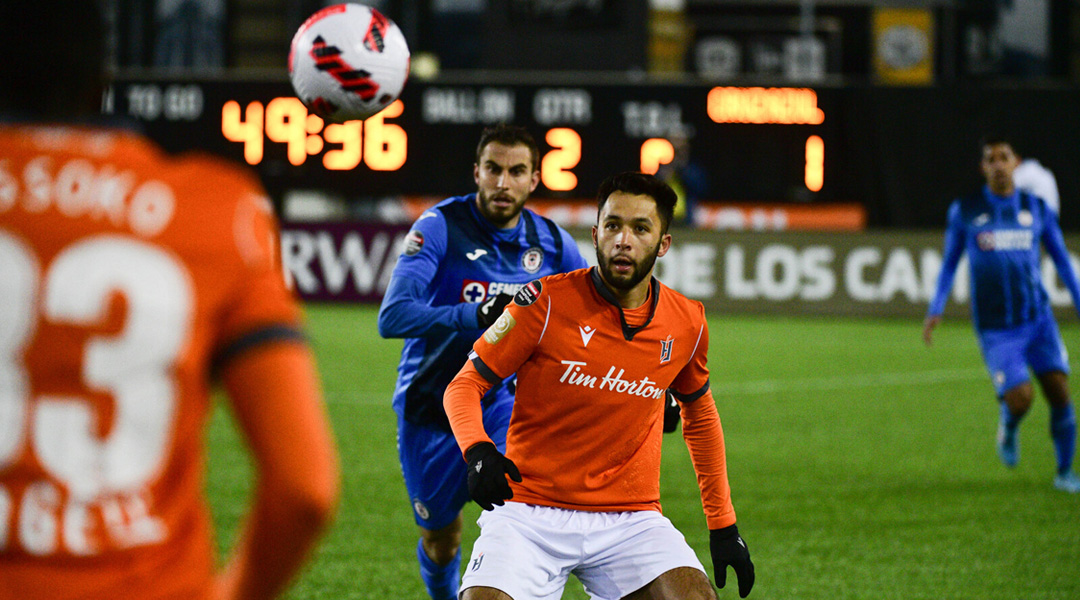 Reigning Canadian Premier League champion Forge FC has kicked off its roster announcement with the return of right winger David Choiniere, who has put pen to paper on a new multi-year deal with the club.

The 25-year-old has been a crucial element of the Forge attack, contributing 19 goals and 12 assists through 105 appearances since the launch of the club.

He made 33 appearances last season, with the Quebecer becoming just the fifth player to reach one hundred appearances for the side.

The 2022 CPL season saw Choiniere turn heads with blistering runs on the right flank, where his fast-footed nature proved difficult for opposition defenses to handle.

Whilst consistent through the regular season, Choiniere has always been a big game player: last season also saw him score against against Cruz Azul in the Champions League, Cavalry in the CPL semi-final, and Atletico Ottawa in the title-winning final, earning player of the month plaudits for October.

Choiniere had contract offers from other CPL sides and beyond, but was keen to remain in orange for a fifth campaign with the dynasty team.

“I’ve been with Forge for the last four years and it’s been four great years,” stated to CanPL.ca, “I feel like I’m improving every year and I want to keep going that path, still trying to improve my game, keep getting better.”

Forge FC hasn’t been the most transparent club in terms of contract statuses, with Choiniere becoming the first confirmed returnee. Former Forge midfielder Shamit Shome, who spent last season on loan with FC Edmonton, has signed with Cavalry FC following Forge’s decline of his option year.

There are many who thought David Choiniere would jump up to a higher level, with the winger stating that there’s still plenty of time for him to do so.

“The chance to go to the next step will come, if I keep going that way,” he says. “I know I will put everything possible to do it, and I’ll give myself the best chance to do it; it’s just a question of time before it happens.”

“I’m really happy to come back. I think there’s so much more we can achieve as a team and as an individual.”

David Choiniere returns to Forge ahead of the 2023 CPL season on a multi-year deal of unclear structure.