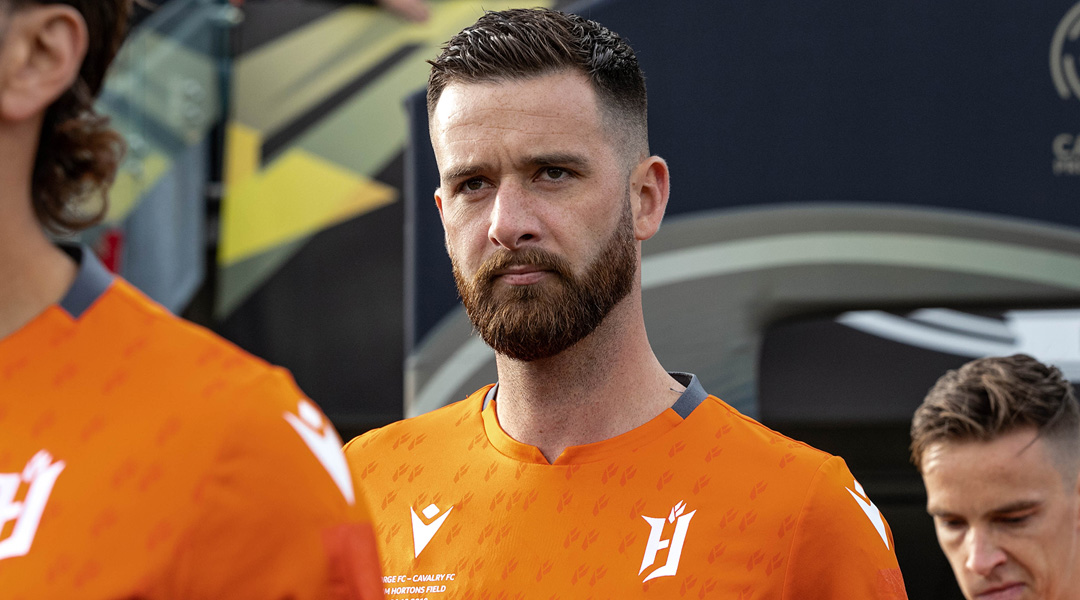 After announcing his retirement as a player in November, David Edgar is officially returning to Forge FC as the club’s newest assistant coach.

The two-time CPL champion and former Canadian international comes as a replacement for outbound assistant coach Peter Reynders, with Forge FC having also added Kyt Selaidopoulos to its technical staff earlier this year.

The 33-year-old had made 25 appearances for Forge FC over the last two seasons, with the former Newcastle United defender – who scored on his professional home debut against Manchester United – slotting in alongside Daniel Krutzen to help the Hamilton-based side to two consecutive Canadian Premier League titles.

The last match of his playing career took place in December in a Concacaf League match against CD Marathon, after which the defender hung up his boots as a belated result of a knee injured suffered off the pitch in 2016.

David’s strong bond with our organization, including our roster and staff, coupled with his commitment to developing as a coach in his post-playing career makes this a perfect fit. We’re excited to bring him back as a member of our coaching staff and to continue to build the foundation of sustained success here in Hamilton.

He brings a plethora of playing experience to the side, having played for the likes of Newcastle United, Burnley FC, Swansea City, Birmingham City, and Sheffield United over in England before he returning to North America to ply his trade with the Vancouver Whitecaps, Nashville SC, Ottawa Fury, and Forge FC with a recovery stint at Hartlepool in the middle.

Like York United assistant coach Paul Stalteri, he also brings Canadian national team experience to the Canadian Premier League side: Edgar accomplished 42 national team appearances for Les Rouges, once being named the Canadian U-20 Male Player of the Year by Canada Soccer.

At the time of his retirement, Edgar stated that his decision would allow him to focus solely on his coaching career. Less than half a year later, he now has a golden opportunity to launch this with a two-time CPL championship team.

He becomes the second retired CPLer to make the transition to coaching within the league this year following Atletico Ottawa’s hiring of Ajay Khabra.

With Ontario in the midst of an extended lockdown, the Hamilton-based side is currently awaiting permission to train from local health authorities. It appears that Dominic Samuel will be replacing Edgar on the pitch in a centre-back role for the upcoming season.

The reigning Canadian Premier League champions currently have sixteen players on the books for the 2021 CPL season which was recently delayed. Fifteen of them come as full signings, while 2019 CPL MVP Tristan Borges has arrived on loan from Belgian side Oud-Heverlee Leuven.