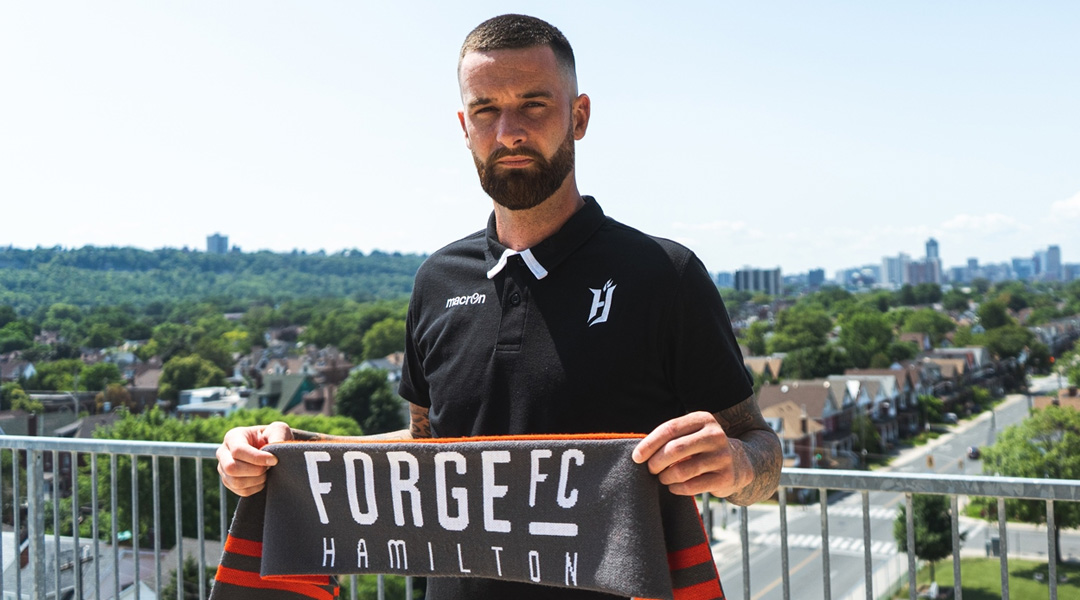 We speculated a few months ago that Edgar would likely find himself in the burgeoning league, and it’s widely expected that the Kitchener-born athlete will slot in as one of the league’s top defenders.

David brings significant experience to our team and we are very happy to have him join us. His knowledge of the international game for both club and country will be a very valuable asset for us moving forward.”

Edgar has made 42 appearances for the Canadian national team, registering four goals and three assists for Les Rouges.

The 32-year-old is a product of the Newcastle United academy. During an impressive career overseas, he’s made over 220 appearances for the likes of Newcastle United (where he marked his second-ever appearance with a goal against Manchester United), Burnley FC, Swansea City, Birmingham City, and Sheffield United.

He returned to Canada to play for the Vancouver Whitecaps, but was later involved in a motor vehicle accident that injured his right knee. He then played in the USL for Nashville SC and the Ottawa Fury, but couldn’t make things work at either club. After parting ways with the Fury, he signed for Hartlepool United in the National League so that he could return to fitness.


While he had been hoping this would be enough to make the Gold Cup 2019 squad and represent Canada once again, it hasn’t all come together for the veteran defender. He’ll be hoping that good performances for Forge FC can put his career back on track.

All-told, this is a great defensive signing for a Forge FC side that knows it has a tough CONCACAF League away trip in the near future. If Edgar doesn’t take long to gel with his new teammates, he might just be thrown into the match – though only time will tell how long Smyrniotis will need to integrate the veteran defender into the setup.