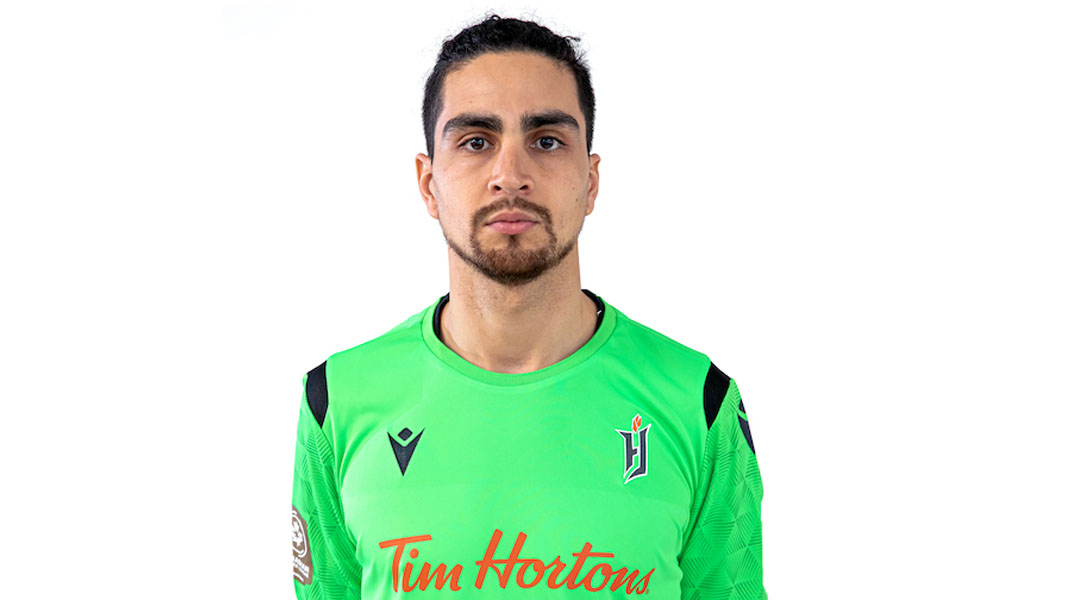 Forge FC Goalkeeper David Monsalve has yet to suit up for the Hamilton-based side, but a recent article published by Guatemalan outlet Prensa Libre had some fans suspecting that the 31-year-old goalkeeper had already moved on.

Yesterday, the outlet penned an article stating that Guatemalan top division side Xelaju MC had reached an agreement with Monsalve for the 2020-2021 season, which prompted some confusion online. The article – which incorrectly stated Monsalve still plied his trade for the Ottawa Fury – didn’t dive into specifics beyond that his move was supposedly a loan. Monsalve last played in Guatemala in 2016, when he made 25 appearances for CD Suchitepequez.

In speaking with the player, Monsalve says he is still a goalkeeper for Forge FC at the present, and is simply focused on his current club and the CPL. That being said, the transfer interest from Guatemala does appear to be legitimate: Monsalve confirmed a ‘strong interest’, but states that there is currently no deal in place for him to depart Forge FC.


Forge FC brought in Monsalve to replace the outbound Quillan Roberts, who still remains a free agent. Roberts had been expected to start for the Hamilton-based side last year, but found himself benched due to the impressive form of Scarborough-born goalkeeper Triston Henry. When one of the two was unavailable last season, the club briefly called up both Baj Maan and Luke Iacobellis on separate occasions to fill in a spot on the bench.

Monsalve, 31, became the first brand new Forge FC signing of the 2020 season when the club formally announced him in early March following a trial period. The North York-born goalkeeper had spent the previous two years with the Ottawa Fury, for whom he made 4 USL appearances. Prior to that, Monsalve has had a journeyman career that has taken him from North American sides like Toronto FC and FC Edmonton to clubs in countries like Finland, Colombia, Sweden, and Guatemala.


Meanwhile, Forge FC gaffer Bobby Smyrniotis has made it no secret that he’s looking to bring in more attacking talent beyond Belgian midfielder Paolo Sabak. With new signings likely being domestic due to the border closure, there’s the possibility that former Nine Stripes forward Cyrus Rollocks – who was on trial with the side previously – could become the first player to cross 905 Derby lines. Former Toronto FC striker Molham Babouli, who once trialed with York9 FC, would be an attractive signing as well.

Marty Thompson of the CanPL Editorial team also teased that one of the new Forge FC signings had MLS experience and has played on the Canadian national team. This fits the description of suspected signing Maxim Tissot, who has been a free agent following the desanctioning of the Ottawa Fury.

We’re going to be adding players, and we’ll be announcing them in the coming days. We’ve had a handful of guys in training with us. We’re looking into domestic products and we have some we’ll bring [in].

Whoever is ultimately added to the team, right now the only confirmed outbound players have already left: CPL MVP Tristan Borges was sold in a landmark deal a few months ago, with Smyrniotis keeping a significant portion of the squad together (though not all of the inaugural members remain).

While there is reported interest from Guatemala, the article from Prensa Libre appears to have jumped the gun: at the present, Monsalve is still under contract with Forge FC while the club awaits word regarding a potential return-to-play. So far only one player has signed with a CPL team only to be released due to the pandemic situation, and that’s York9 FC forward Adrian Ugarriza, who couldn’t enter the country. Monsalve, in contrast, is already here.

Alex Marshall Expected To Arrive In Halifax This Week