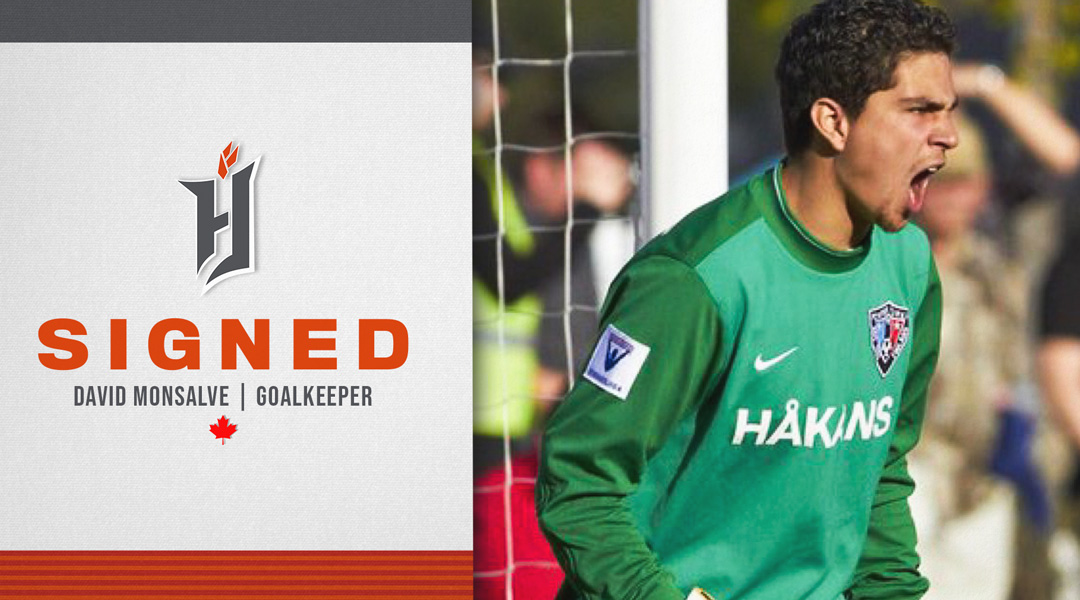 Today, the CPL champions announced that veteran goalkeeper David Monsalve had signed with the club. The 31-year-old arrives after spending the last two years with the Ottawa Fury, which ceased operations last November. He made four appearances for the USL side before it closed its doors.


Monsalve got his playing career started by signing with Toronto FC in 2007, though he only recorded one appearance with the then-brand-new expansion side. The well-traveled goalkeeper also spent time in Finland with Inter Terku (much like Eddies man Hanson Boakai) and AC Oulu, Colombia with America de Cali, Guatemala with CD Suchitepequez, Sweden with Husqvarna FF, and had two stints in Canada with an NASL-era FC Edmonton and, most recently, the aforementioned Ottawa Fury.

The 31-year-old made one appearance for the Canadian national team in 2010, playing against Jamaica in a friendly match. He was due to be called up for Les Rouges in 2015, but declined the call due to an injury crisis in his club at the time, America de Cali.


Monsalve had been a rumoured Forge FC target for several months ahead of this signing. When we first spoke to the goalkeeper, he wasn’t sure where the rumours started but made it clear he was open to trialing with the Canadian Premier League side. Since Forge FC had parted ways with Quillan Roberts, it appears there was a mutual interest in both parties.

Given how well goalkeeper Triston Henry performed overall in Forge FC’s title-winning season, the expectation appears to be that Monsalve will operate in a back-up role – though given that’s how fans viewed Henry ahead of the inaugural season, it’s clear that things can change.

Forge FC has retained nearly all of its inaugural season roster, though it’ll be interesting to see who else Bobby brings in to flesh out a side that is now missing league MVP Tristan Borges.


Forge FC head coach and general manager Bobby Smyrniotis has made it no secret that he’s looking to sign new attacking talent to convert more chances created by the Hamilton-based club, though the North Star Shield holders have remained very quiet in terms of acquisitions this offseason.

The Hamilton-based club currently has 17 players on the roster, but Smyrniotis will want to flesh that out ahead of the opening match set to take place in a little over a month – especially given that the club will have both Canadian Championship and CONCACAF League matches to contend with.