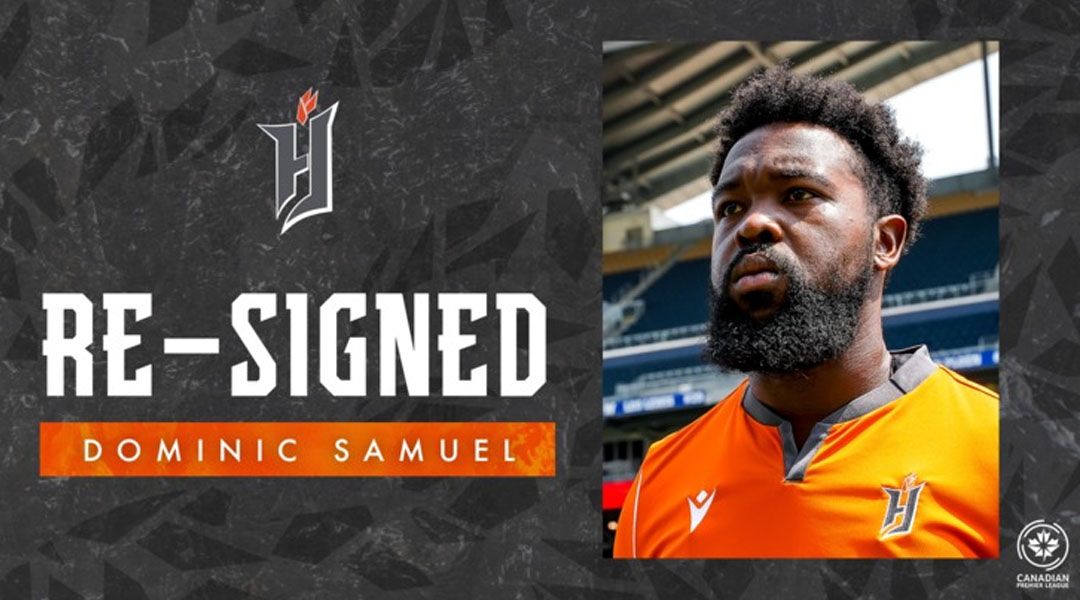 The Canadian defender has made 83 appearances for the hammers throughout the last three seasons, with the last year’s campaign seeing him step into the centre-back role left vacant by David Edgar.

The versatile Sigma FC product had also been deployed out on the right flank, but really made the central position his own this year as he and Daniel Krutzen partnered together to make a league-best defensive record: in 28 regular season matches, Forge only only conceded 24 goals.

Forge FC Director of Football Costa Smyrniotis was evidently pleased to retain the Forge original on a multi-year deal:

Dominic has been a rock in our backline since we began our club in 2019. He is a top defender and a very important player for us both on the field and off the field in the community. We are extremely happy to be able to continue together with him in Hamilton.

Dominic becomes the third player to be confirmed for the club’s 2022 CPL season roster, with former Pacific men Terran Campbell and Alessandro Hojabrpour being announced earlier this week.

With players expected to return to camp for medicals next week, the Hamilton-based side is expected to announce several returning players in the the near future. Smyrniotis has kept the core of his squad together, though there will be a few departures.

With a Champions League match against Cruz Azul on the horizon, Samuel will once again be counted on to come up big for the two-time CPL champions. With Krutzen finishing last season injured and left-back Kwame Awuah trialing with the Vancouver Whitecaps, however, the club will enter as significant underdogs.

Samuel will be no stranger to continental competition, having helped the side through 15 Concacaf League matches already – though a two-legged matchup against Cruz Azul will represent one of his most high-profile playing opportunities yet.

The financial details and structure of his new multi-year deal with Forge were not disclosed by the club.