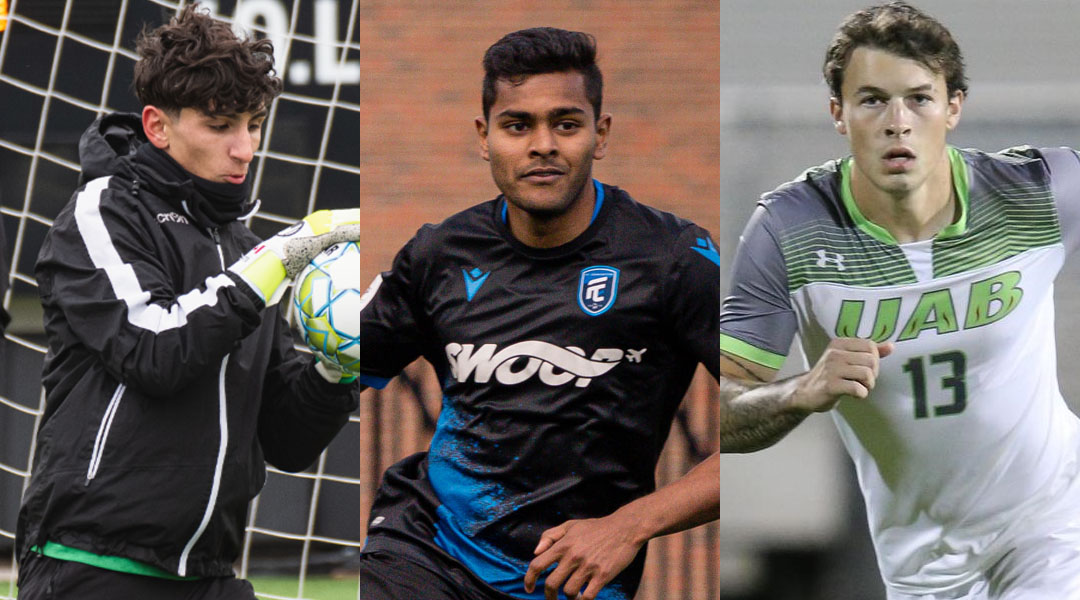 The Hamilton-based side has added 17-year-old goalkeeper Dino Bontis to a developmental contract. The teenager had previously represented Canada at the U-17 level, and was revealed to be part of the national pool at the U-20 level, too.

Bontis is a Hamilton local, having previously played for the Hamilton Sparta before jumping to the Toronto FC Academy, where he was a Golden Glove winner of the U-13 Concacaf Club Championship in 2013. He joins a roster that already includes young goalkeepers Baj Maan and Chris Kalongo, who slot behind de facto starter Triston Henry in the pecking order. As some may have speculated from the name, he’s the son of Canada Soccer President Nick Bontis.

The club has also announced the signing of former CF Montreal midfielder Shamit Shome, who had returned to his hometown side FC Edmonton last season after four years in MLS. The 24-year-old made 28 appearances for the Eddies in 2021, donning the armband on multiple occasions and recording two assists throughout a tough campaign.

The fringe Canadian international had hoped to play a big role for his hometown side, for whom he’d suited up in its NASL era before departing for CF Montreal and making 52 appearances there. He’ll now have a chance to resume those ambitions, with Forge FC immediately loaning the Albertan to an FC Edmonton side in dire need of help.

Forge has also announced that it has loaned 20-year-old Cale Loughrey to the Eddies, with the 20-year-old having been picked up by Forge this February. While he spent the last two seasons with the University of Alabama Blazers, he’s no stranger to the Canadian pathway: the former Unionville Milliken and Darby FC man was a League1 Ontario U-21 All-Star, and trained with York United ahead of the inaugural CPL season.

He made his debut for Forge FC as a late game substitute in a Champions League match against Cruz Azul.

FC Edmonton has now taken in eleven players on loan: four from York United, three from the Halifax Wanderers, two from Toronto FC, and two from Forge FC. The club is keeping salary expenditure to a minimum as it seeks out a new owner, with the expectation being that the club will be in for a tough campaign this year.

Forge FC will kick off its fourth Canadian Premier League season against Pacific FC this Sunday, with Shome and Loughrey set to start theirs with FC Edmonton just hours before their parent club.