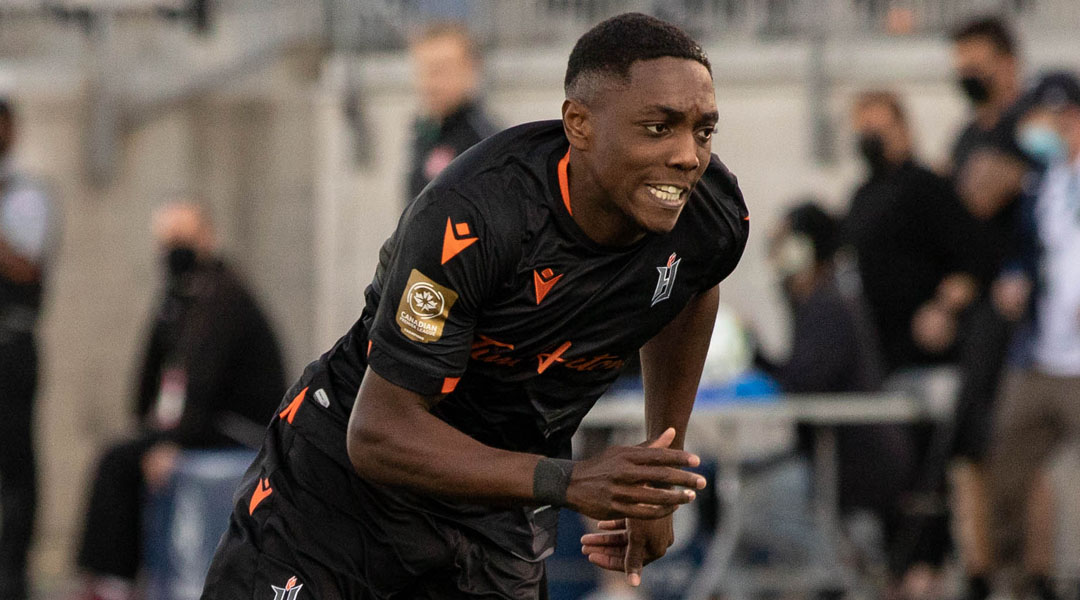 Northern Tribune has confirmed that Forge FC defender Garven Metusala has been contacted by the Haitian Football Federation in regards to a potential national team call-up, with initial contact having been made four days ago.

However, he will not be joining the team for its friendlies against Bahrain and Jordan next week due to COVID-19 travel requirements for the venture.

The 21-year-old has impressed in his first professional season at Tim Hortons Field, having signed with Forge this June after being selected in the 2021 CPL-U SPORTS Draft. Metusala has racked up eight starts in twelve appearances for the reigning CPL champions, scoring his first pro goal against Atletico Ottawa and recording a healthy average of 4.3 blocks per game.

Metusala has found himself deployed as both a centre-back and a right-sided full-back for the hammers, who have a busy September ahead of them: there are four league matches, two Concacaf League legs, and one Canadian Championship match all to play next month.

Suffice to say, it’s easy to see why COVID-19 travel and quarantine protocols would have made it difficult for Metusala to travel for Haiti’s friendlies on September 1 and September 4.

Having been born in Terrebonne, Quebec, Metusala is eligible for both the Republic of Congo and Haiti in addition to Canada, through his father and mother respectively.

Metusala had developed through the academy systems of Etoiles de L’Est and the Montreal Impact before spending a few seasons in the PLSQ with St. Hubert, SC Fabrose (where he picked up a PLSQ Cup), and AS Blainville before committing to Concordia University and being selected by Forge FC in the subsequent CPL-U SPORTS Draft.

Haiti narrowly missed out on the final round of Concacaf World Cup qualification after suffering a 4-0 aggregate loss to Canada this June.