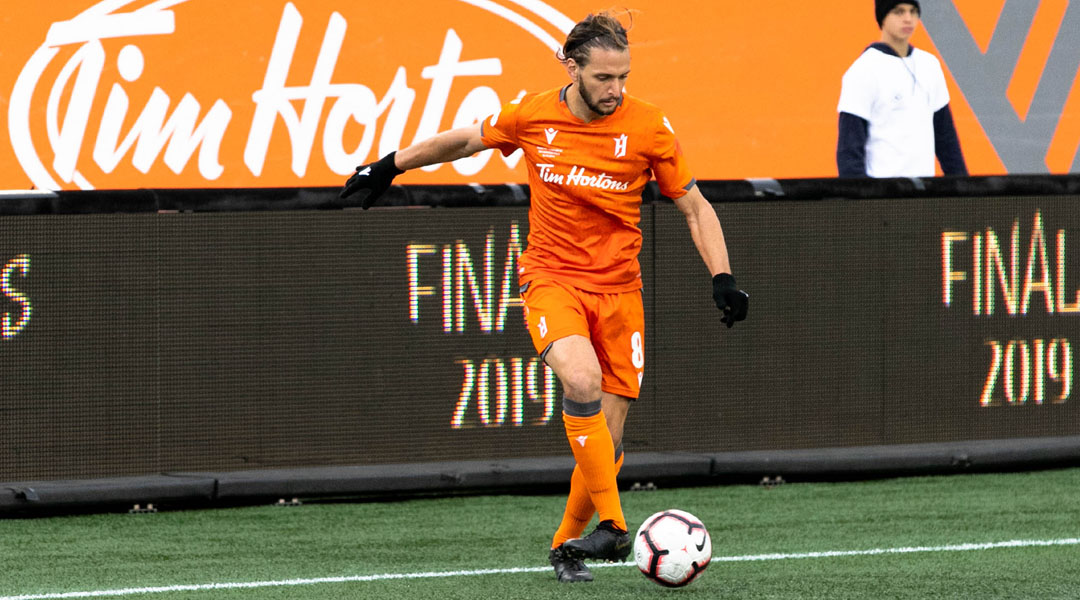 The former League1 Ontario All-Star confirmed that he has left the Hamilton-based club to focus on his own coaching platform, The Complete 90. Last season saw Frano make 31 appearances for Forge FC across all competitions, with his sole goal coming when he captained the side during a 3-0 win over Pacific FC in 2019.

Frano had re-signed with the club back in December, but the two parties have evidently reached a mutual decision to release him ahead of the 2020 season due to take place two weeks from now in Prince Edward Island.


Frano proved to be a versatile player under Bobby Smyrniotis, frequenting the pitch both as a defensive midfielder and as a right-sided full-back. With the Mississauga-born professional athlete clocking in some 2,399 minutes of action last year, his departure will certainly leave some big shoes to fill.

Frano becomes the sixth player from the title-winning squad to depart the club during this offseason, with Justin Stoddart, Oluwaseun Oyegunle, Quillan Roberts, and Berttrand Owundi being released and CPL MVP Tristan Borges having been sold to Oud-Heverlee Leuven in a landmark deal.

Forge FC may also find themselves without veteran Canadian goalkeeper David Monsalve, who was the side’s first offseason signing for the 2020 campaign. Monsalve himself had previously admitted to strong interest from Guatemala, with the 31-year-old having recently been removed from the official online Forge FC roster.

Smyrniotis brought in former Montreal Impact defender Maxim Tissot last week, who stated that while he’s more comfortable on the left he has no problem filling in on the right if the coaching staff ask him to. Thus far, the only other official signing is Belgian midfielder Paolo Sabak, though the reigning champions are expected to announce the signing of Molham Babouli in the near future.


Prior to his time with Forge FC, Frano was a two-time League1 Ontario Best XI inductee who won All-Star honours with Sigma FC over two seasons. While he appeared regularly for the Seattle Sounders 2 and Whitecaps 2 prior to that, he never got a chance to make his full MLS debut. Now, he’s focused on coaching players to give them similar opportunities in their own playing careers.

His departure means that Forge FC currently has 19 players on the roster, with 17 of those players remaining from the inaugural squad. It’ll be interesting to see how the reigning champions fare against clubs that have had near-complete overhauls like Valour FC and the Halifax Wanderers, who kept only 7 players from their inaugural squad but seem to have made significant improvements on paper.