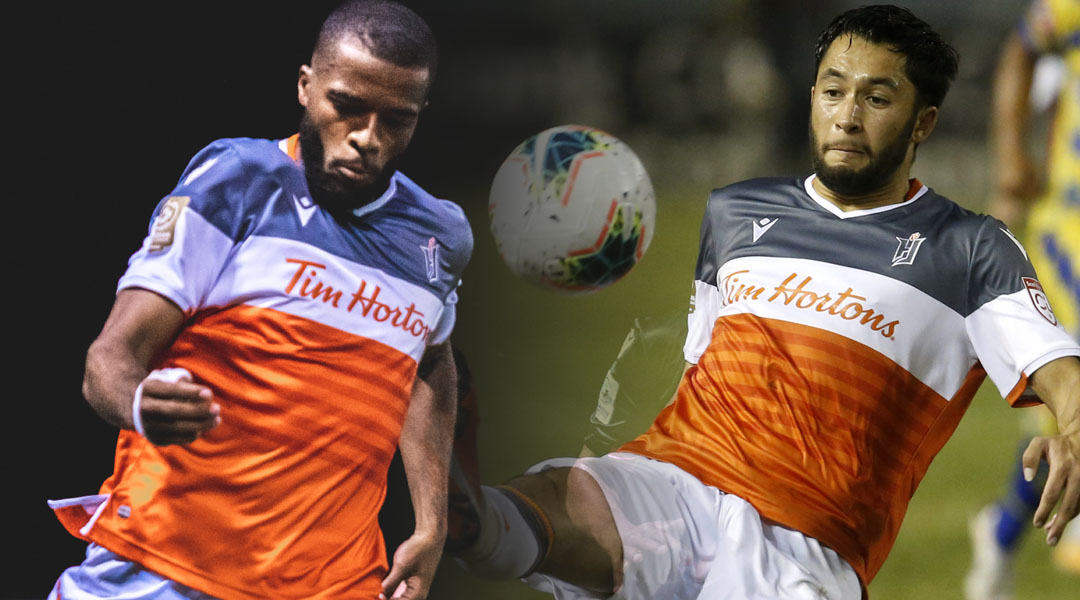 Reigning Canadian Premier League champion Forge FC has continued to re-sign the bulk of its core roster, with the Hamilton-based side confirming that David Choiniere and Jonathan Grant have now signed multi-year deals with the side.

Choiniere has been a big part in Forge FC’s success in both league and continental action, making 38 appearances for the back-to-back CPL champions across all competitions while contributing six goals and five assists.

Choiniere originally signed for the club in the hopes that Forge could help showcase the forward in continental action, and that’s something that the club has been able to provide in spades.

The Impact Academy graduate arrived to the club ahead of its inaugural season after making five appearances for CF Montreal over the span of three years, with the five-foot-seven forward having spent a year prior with the club’s now-defunct USL affiliate, FC Montreal. He was also capped twice at the U-20 level in the Canadian national setup.

On the other end of the pitch (or all over it, really), Jonathan Grant has made 23 appearances for Forge FC across the last two years, with a sole goal coming against league rivals Cavalry FC. He’s proven a versatile player under head coach Bobby Smyrniotis, appearing as both a full-back, winger, and forward.

Like many other Forge FC players, the Pickering, Ontario native is a product of the Sigma FC academy, earning League1 Ontario defender of the year honours in 2017. Prior to signing with Forge, he spent time with FC Montreal, Swope Park Rangers, and Swedish side Nykopings BIS.

Grant has represented Canada at the U-23 level through the Olympic Qualifiers in the USA and the Pan-American Games hosted in Hamilton. He also received a call up from Benito Floro ahead of two friendlies against Iceland in 2015, but did not appear in either match.

The club will need to replace now-retired centre-back David Edgar, with Daniel Krutzen potentially returning after having recently trialed in Sweden. It appears that Anthony Novak has boarded a flight set for Frankfurt today, but it is unclear if the striker is doing so trial or sign elsewhere.

Forge FC did not disclose the financial details or full length of today’s new contract announcements, simply stating that Choiniere and Grant had signed multi-year deals.