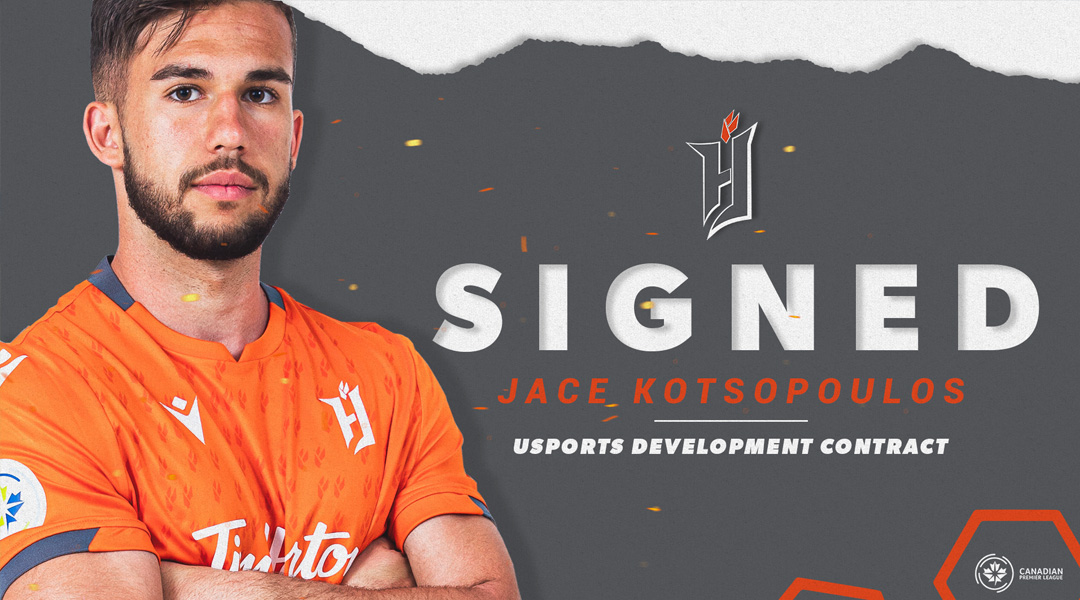 Two weeks ago, we confirmed with CPL-U SPORTS draft pick Jace Kotsopoulos that he’d be signing with Forge FC. Today, the Hamilton-based club has made it official: Kotsopoulos has been signed to a standard developmental contract.

Before he was drafted by head coach Bobby Smyrniotis in November, many had predicted that the Burlington-born forward would be one of the first selections. He was earmarked for his ruthless tenacity in front of goal, with his now-head coach stating he didn’t wait for the ‘perfect goal’ – he just banged them in from all over the pitch. After all, 53 goals in 57 games doesn’t lie.

A standard developmental contract allows the 21-year-old to play for the Hamilton-based Canadian Premier League club for the 2019 season, and then return to his studies at Guelph with full eligibility to play for the Guelph Gryphons, where he was named OUA West First-Team All-Star, OUA West Most Valuable Player, and U SPORTS Player of the Year.

Given that the 4th-year student is closing in on his expected graduation date, it’s unclear if Kotsopoulos intends to sign a full professional contract later, or potentially even pursue a masters degree. Either way, the standard developmental contract allows him to test the waters of the professional game.

“I’m happy to officially be apart of the team, and am looking forward to linking up with a talented bunch of players on the field.” – Jace Kotsopoulos to Northern Tribune

While it may have taken nearly 200 days after he was originally picked up in the CPL-U SPORTS draft, the young forward can now officially call himself a hammer. He offers great depth for a side which has recently discovering its goalscoring form, and will most directly compete with Marcel Zajac (who came in from the University of Akron) for minutes.