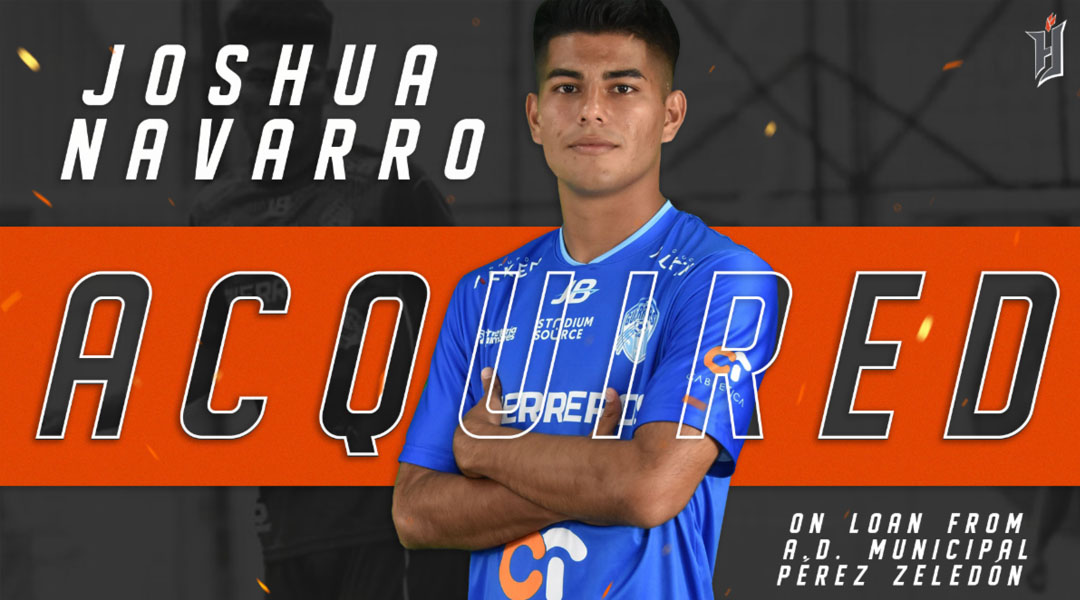 The move had been largely expected ever since he was temporarily placed on Soccerway’s roster listing for Forge FC back when the website inadvertently leaked eight Atletico Ottawa signings in March.

The 22-year-old forward arrives after having made over sixty appearances for Perez Zeledon since making his debut in 2018. The five-foot-ten forward contributed ten goals for the side in that time, appearing on both sides of the flank and sometimes directly as a centre-forward.

Born in San Isidro de El General, the native Costa Rican has also made two international appearances at the youth level for Costa Rica, contributing both a goal and an assist at the 2018 Concacaf U-20 Championship.

We are very happy to have Joshua join our club. At a young age, he has amassed valuable experience in a very strong Costa Rican league which will serve him well as he transitions to CPL play with our club.

Navarro arrives as yet another strong-looking signing by the reigning champions, who recently brought in veteran MLS defender Dejan Jakovic while also securing the loan of 2019 CPL MVP Tristan Borges from Oud-Heverlee Leuven.

The Hamilton-based side saw a slow start to preseason due to ongoing COVID-19 restrictions in the province, resulting in the club being forced to delay its 2020 Canadian Championship Final and cede a potential Champions League berth to Toronto FC in March.

With just under two weeks to go until the club travels to Winnipeg to kick off the 2021 Canadian Premier League season with a month-long bubble, Navarro won’t have a long time to settle in with his new side – though he arrives in mid-season form from the Costa Rican top flight, where his last match saw him contribute an assist against Sporting San Jose a month ago.

The club’s forward line includes plenty of familiar faces thus far, with inaugural club members David Choiniere and Chris Nanco having re-signed in tandem with Island Games addition Molham Babouli. It remains unclear if Kadell Thomas will be returning to the club.

Forge FC kicks off the 2021 CPL season with a match against Valour FC on June 27. The terms of the loan arrangement were not disclosed by Forge FC.

Gale Linked To Guangzhou, But Has Long-Term Valour Aspirations