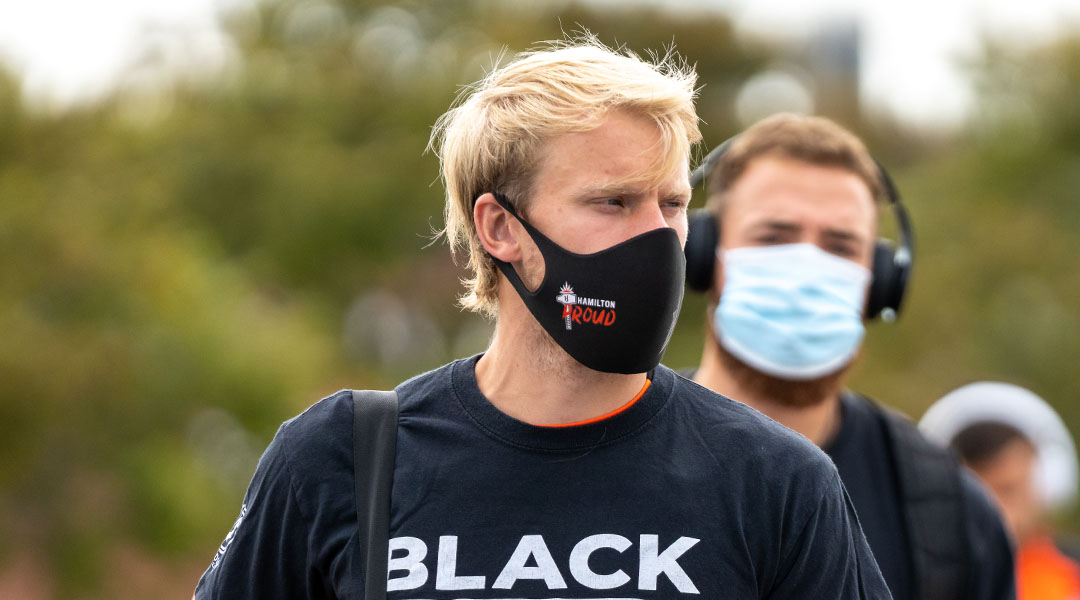 At thirty years age, Forge FC Captain Kyle Bekker is showing no signs of slowing down: he capped off a stellar Island Games campaign with both a second North Star Shield and now a CPL Player Of The Year award, too.

The former Canadian international has proven to be a indomitable cog in the Forge FC midfield, with the Forge FC captain now having amassed some 47 appearances for the Hamilton-Based side. With nine goals now to his name – four of which came from the short Island Games campaign – Bekker now sees himself linked with a potential MLS return, describing his time leading Forge FC as a surreal experience.

Everyone who came into this league had the goal of winning that first season and etching their names in history, and we were the ones who did it, and we backed it up this year. It’s a little bit of a fairytale in that sense, it’s everyone’s goal to do that and it’s easier said than done, but we’ve put pen to paper and everyone has bought in to what we’re doing here and we’re playing for something that’s bigger than the individual and yet we’re all succeeding at the same time and that’s really special to be a part of.

The Forge leader wasn’t was only man from the hammers honoured last night: goalkeeper Triston Henry took home the golden glove award, though head coach Bobby Smyrniotis was snubbed of any individual accolade despite winning both Canadian Premier League seasons (a decision that Kwame Awuah has been highly critical of). While he may not have amassed enough backing from the official voters selected by the league, Bekker says that the group that Smyrniotis has assembled all combined to make something special.

It’s something that we all have a piece to play in creating that philosophy and really building a club from the ground up, and we have a group who has actually bought into that. It’s really special. […] I think that target is something we’ve wanted to achieve. When we got together as a group at the beginning of the year, we said we want to set the precedent where if people think about the Canadian Premier League they think about Forge FC.

The inaugural Canadian Premier League campaign saw Forge FC finish second in the old spring and fall season system, with the Hamilton-based club dispatching Cavalry FC over two legs to win the first-ever North Star Shield. At The Island Games, the team finished third in the regular season before topping the group and beating the Halifax Wanderers in the final to secure their second straight championship.

While his time with Forge FC isn’t the only time he’s won silverware – he won an NASL Championship under Marc Dos Santos in San Francisco – Bekker acknowledged that the past two years in Hamilton have been on another level.

I think these last two years rank up there with the best moments of my career, and it’s because of what it means for Canadians, and the future, and that next generation. Everything we’re doing here is [that] we’re setting that standard. Now we’ve set the standard to if you’re going to play at Forge, you have to be a champion and if you’re not winning you’re not meeting what we expect from you day-in and day-out.

Having now won both back-to-back Canadian Premier League championships and the Player Of The Year Award, the season still isn’t over for Bekker: he and the rest of the squad are in the Dominican Republic to continue a strong Concacaf League run that now sees them one match away from being the first CPL team to qualify for the Champions League. Following their run in the continental tournament, they’ll face Toronto FC next year in a historic Voyageurs Cup Final, too.

When asked what it all means to himself and the club, Bekker’s answer was simple: he tilted the video feed towards a room full of his teammates, who immediately filled the room with rapturous applause. Sliding the laptop back towards himself, Bekker gestured to his still-applauding teammates: “that’s what it means,” he says with a smirk.