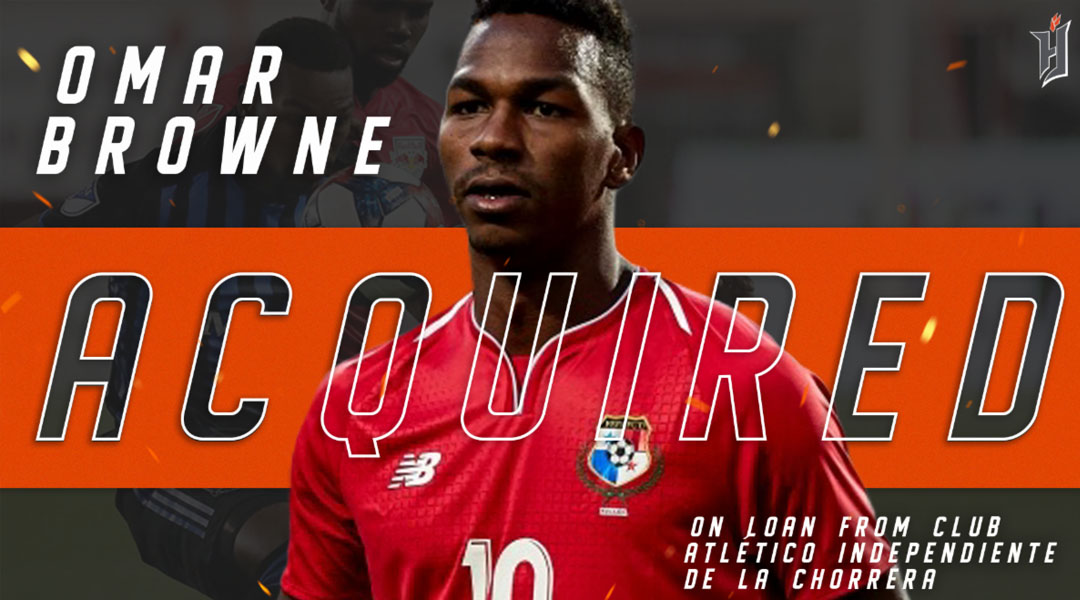 One hundred days after Forge first announced the acquisition of Omar Browne on loan from CAI, the Panamanian forward has finally been cleared to play for hammers.

Head Coach Bobby Smyrniotis confirmed as such this morning, stating that the 27-year-old Panamanian international is now training with the side and could potentially make his debut in the club’s league match against top-of-the-table Pacific FC tomorrow.

The delay of the former CF Montreal loanee was attributed to visa issues. With the reigning CPL champions currently set to play two more matches this month before an eight-game October window (at a minimum), he’ll certainly be an appreciated presence.

Browne is more familiar to Canadian MLS circles, having undergone a loan spell with CF Montreal two years ago that saw him contribute three goals in eleven appearances with the Montreal-based side. He turned heads in North America after he scored back-to-back goals against Toronto FC in the 2019 Concacaf Champions League while with CAI.

As the odds would have it, Browne could also be playing against his parent club next Tuesday: Smyrniotis confirmed that he’s allowed to play against them in next Tuesday’s Concacaf League matchup, which will be an all-open second leg following a scoreless first.

Browne is a veteran player for continental cup competitions, having made eleven appearances between both the Concacaf Champions League and the Concacaf League.

Born in Panama City, Browne has spent most of his career playing domestic football, scoring twenty goals across stints with Plaza Amador, Sporting San Miguelito, Chorrilo, and Club Atletico Independiente de La Chorrera. He has made ten appearances for the national team.

The Hamilton-based side seems spoiled for choice in terms of attacking selection, with the club having brought in forwards Emery Welshman and Woobens Pacius this summer. Pacius has been an unexpected standout, scoring five goals in his first eight appearances for the side.

Forge FC did not disclose whether there was a recall close in its loan agreement with CAI. The loan will run for the full length of the 2021 CPL season.