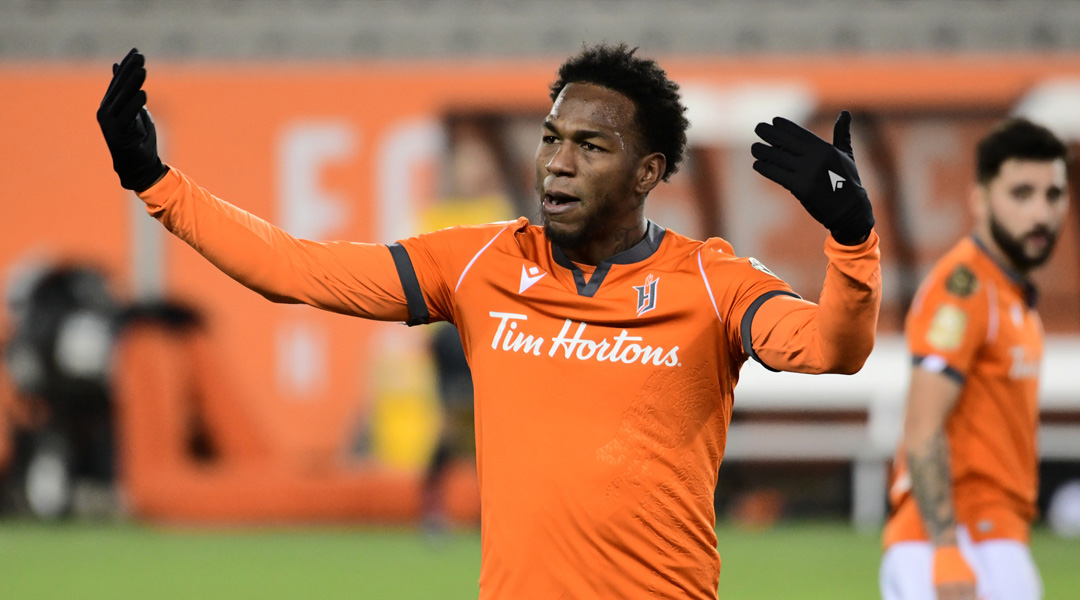 Omar Browne Gets Panama Call Up

Forge FC midfielder Omar Browne has been called up to the Panamanian national team for its World Cup Qualifying matches against Honduras and El Salvador this November.

The 27-year-old forward is currently on loan with the Hamilton-based CPL side from Independiente, and has contributed three goals and two assists from ten appearances since he was belatedly cleared to play in Canada.

The Panamanian forward made waves earlier this week when he scored an absolute wondergoal in the Concacaf League quarter-final stage to kickstart a big win that saw Forge become the first CPL team to qualify for the Champions League.

Panama’s World Cup Qualifying matches will take place on November 12 and November 16, which means the forward will miss the tail-end of the regular season for the reigning champions: he’s certain to miss the side’s closing fixtures against FC Edmonton and Cavalry FC, though it is unknown if he’ll miss the final 905 Derby of the season on November 9.

It’s worth noting that Browne was not included in the Panamanian squad for its earlier World Cup Qualifiers in the third and final Concacaf stage, suggesting that his form with the Canadian side is what catapulted him back into the national team setup.

His most recent international appearance came in a 6-2 friendly loss against the USA in 2020, where Browne collecting an assist.

He isn’t the first Forge FC athlete to get a national team call up, with Quillan Roberts having earning call up for Guyana during the club’s inaugural season and Tristan Borges getting a national team nod following an MVP season in 2019, too.

Browne should be back in time to rejoin Forge FC for playoffs, which are set to begin just four days after Panama’s match against El Salvador. During that time, he’ll likely prove a priceless asset for the club’s Concacaf League semi-final legs against Honduran side FC Motagua, too.

Browne is also a familiar name in Canadian MLS circles, with the Panamanian forward making waves in the league after scoring back-to-back goals against Toronto FC in the 2019 Concacaf Champions League while with CAI before undergoing a loan spell with CF Montreal two years ago.