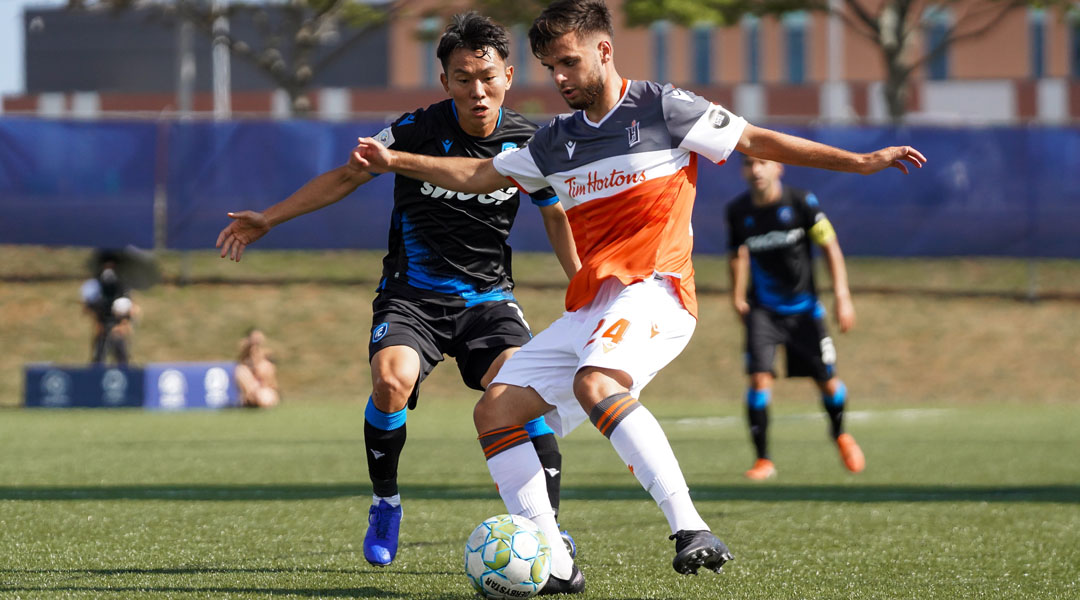 Forge FC has announced its fourteenth returning player in the last month, with Belgian midfielder Paolo Sabak returning to the reigning champions for at least another year.

The 22-year-old was brought in to the club last April as a potential successor for Tristan Borges. While the tricky-footed midfielder hasn’t hit those same heights, he’s still proven to be an integral part of the Forge FC roster that came on match away of reaching Champions League heights.

Sabak played in all eleven Island Games matches for the side, contributing two penalty kick goals and two assists despite only featuring for a full ninety minutes on two occasions. He also saw action in all four of Forge FC’s Concacaf League games.

As per the league’s statistics, he made more passes under pressure (26.83 per 90) than any other athlete at The Island Games, and was a top performer in terms of line-breaking and key passes.

Forge FC will need to rely on his trickery if it’s to stand a chance of an underdog upset against Toronto FC next month: while the belated Canadian Championship Final has yet to have an official date, the two teams would need to play the match before the Champions League begins in April.

Sabak first arrived to the side from NEC Nijmegen of the Dutch second division, having made ten appearances for the side’s senior team.

Like the recently re-signed Daniel Krutzen, he developed at the academy level with KRC Genk before beginning his professional career with the side as a 17-year-old substitute for Alejandro Pozuelo in 2016.

He has also featured prominently for Belgium at the youth level, making 22 appearances from the U-15 to U-19 levels between 2014 and 2017. He has yet to earn a senior team nod.

All fourteen returning Forge FC athletes were part of the club’s title-winning Island Games roster, with Sabak more or less being one of the last remaining of the core athletes to re-sign (though the status of Molham Babouli is still unknown). The club will need to dig deep to find a suitable replacement for David Edgar, who retired at the conclusion of the club’s last Concacaf League campaign.

Forge FC head coach Bobby Smyrniotis stated that the side will sprinkle in new players as needed, with 2021 CPL-U SPORTS Draft picks Garven-Michee Metusala and Jose da Cunha set to join the club for its preseason camp.

It’s not exactly clear when training will resume at Tim Hortons Field, but with Toronto FC already training in preparation for its Voyageurs Cup match against Forge, fans will be hoping to hear news regarding training camp sooner rather than later.

Forge FC did not disclose the length or financial details regarding Sabak’s contract.