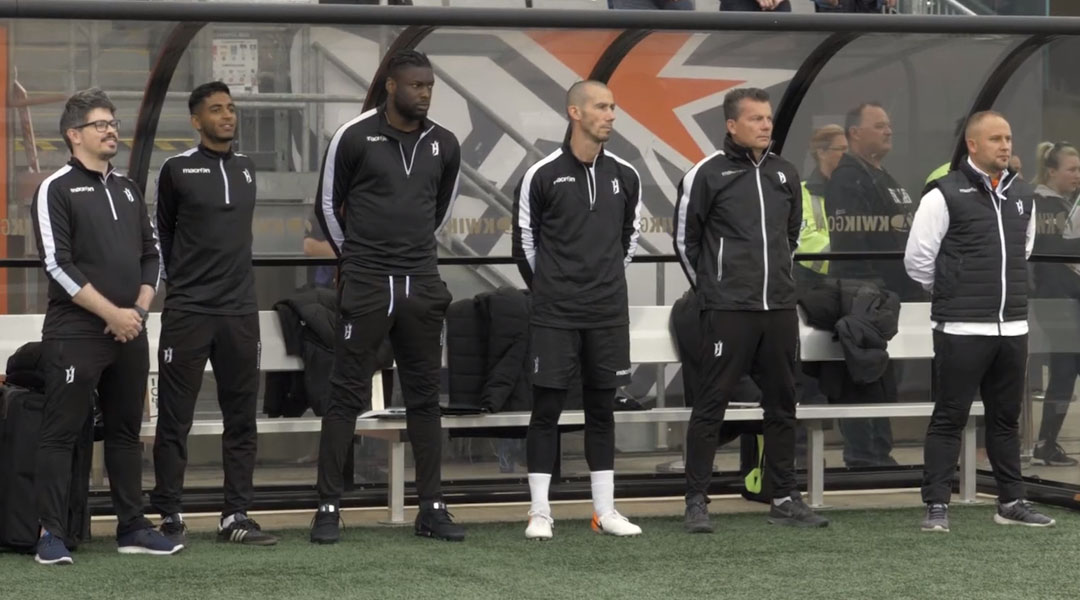 The allegations stemmed from an altercation between the two sides that took place after a Canadian Championship match on June 4, 2019. Reynders was serving as an interim coach for Bobby Smyrniotis at the time, and vehemently denied the allegations.

The Canada Soccer Disciplinary Committee later deemed Reynders guilty of racial misconduct in August, sentencing the assistant coach to a 45 day suspension from all soccer related activities. He immediately appealed the ruling, with an appellate panel then concluding that he was innocent in November. With this ruling, Canada Soccer was asked to bring in a third-party independent investigator to make the final decision.

Behind the scenes, the case was outsourced to Sport In Law, with an investigation slowly taking place amidst months of uneasy silence. As this silence wore on, Forge FC players would eventually write a letter of support for the former KRC Genk coach, and so to would Forge FC owner Bob Young.


286 days after the appeal process began and with fans getting uneasy about a lack of updates regarding the investigation’s status, Canadian Premier League commissioner David Clanachan provided a public update on the investigation, which has now finally concluded some two months after that.

Today’s conclusion of the Sport In Law investigation saw the third-party investigator side with the appellate panel, effectively clearing Peter’s name:

The decision of the appeals panel stands, which renders the case closed and does not provide for any appeal. Canada Soccer has a robust and rigorous disciplinary process. All parties involved were provided due process in accordance with the principles of natural justice and in accordance with Canada Soccer’s judicial process and code and conduct of ethics.

Forge FC stated that it had no further comment on the matter. When one Cavalry FC player was asked for his thoughts, he simply said ‘the best sleeping pill in life is a clear conscience’. Forge FC’s Kwame Awuah, meanwhile, stated that there was finally justice.

The two sides will kick off The Island Games tournament this Thursday, with an evening kickoff match that is sure to be a hotly contested affair. There was no love lost when the two sides met in league action following the altercation last year, and that theme continued in a two-legged CPL Final that saw multiple red cards and Forge FC securing its spot as the first-ever league champions.