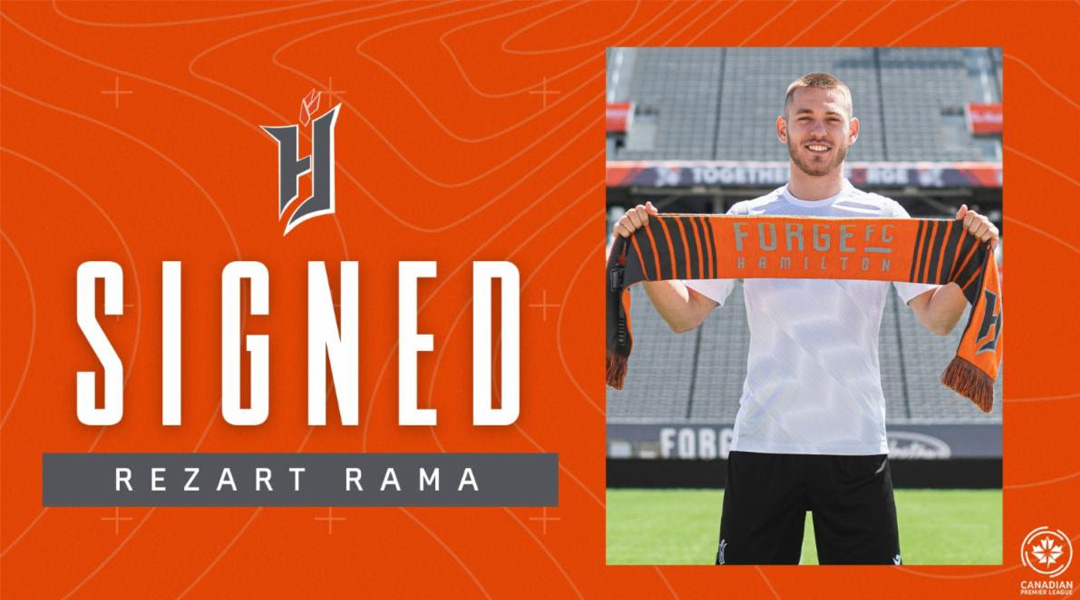 The 21-year-old arrives after three seasons with English side Nottingham Forest, where he plied his trade at the U-23 level. Before embarking on his new Canadian adventure, the centre-back had made fifteen appearances in Forest U-23’s most recent English Premier League 2 campaign.

We are very happy to have Rezart join our club. His background and quality experiences already gained at a young age in England and Greece will suit him quite well within our squad here in Hamilton.

The defensive addition will be a big boost for a Forge FC side that was forced to play without any natural centre-backs last week, suggesting that Rama will be added to the lineup as soon as he’s able.

It’s worth noting that Rama can also play out right, with Nottingham Forest describing him as a full-back strong in the tackle who can catch opposition off with a decent turn of pace, too.

Having been born in Greece, the six-foot-tall defender’s career after nine years with Olympiacos Piraeus, where his club football developed at the youth level before venturing forth to England. The six-foot-one youngster has also featured for both Albania at the U-17 and U-19 levels, though he’s been off the national team radar for some time.

With both Garven Metusala and Kwasi Poku due for international duty next month, Rama will be a much-needed reinforcement for the Forge backline.

The details of his contract were not disclosed by Forge FC.