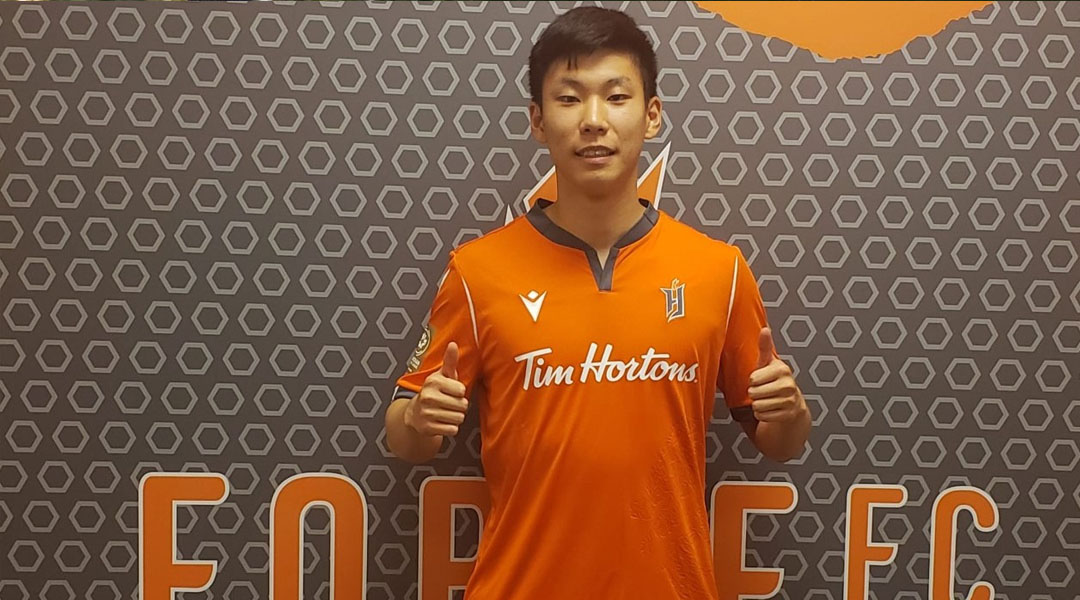 Canadian Premier League side Forge FC has added plenty of young depth to its roster with the addition of Sigma FC teenagers Johnny Son, Santiago Frias, and Robbie Cleary.

Son – pictured above – is one of several athletes to have flowed upwards through the Sigma FC pipeline to land a professional opportunity with the Hamilton-based side. The 5’11 Oakville native had been with Sigma since the age of eleven, progressing up to the League1 Ontario level and even training with Forge in 2019 before signing a multi-year deal with the reigning CPL Champions this year.

We are very happy to have Johnny join our club. He is a young player with considerable upside and we look forward to supporting his continued development in Hamilton.

The club has also signed defender Santiago Frias and attacker Robbie Cleary to developmental contracts. 18-year-old Santiago forms an imposing figure at six-foot-four. Like Son, he arrives as a local athlete through the Sigma FC pipeline:

Cleary committed to the Oakland Men’s Soccer program earlier this January, with the Sigma FC product now set to spend a few months with Forge FC prior to that. If he performs well with the team, the versatile winger wouldn’t be the first Burlington-born attacker to do so.

Forge FC had just announced two additional depth signings yesterday, with today’s trio of Sigma additions bringing the club’s roster size to 24 – suggesting that, as VFC head coach Rob Gale suggested, there may be some roster flexibility in terms of developmental contracts.

The club has retained nearly all of its core roster, while also bringing in some high-profile loans with the likes of Tristan Borges, Joshua Navarro, and Omar Browne. Suffice to say, today’s trio of youngsters will be training with a lot of talent over the upcoming bubble and beyond.

Forge FC will kick off its third-ever season with a match against Valour FC this Sunday.