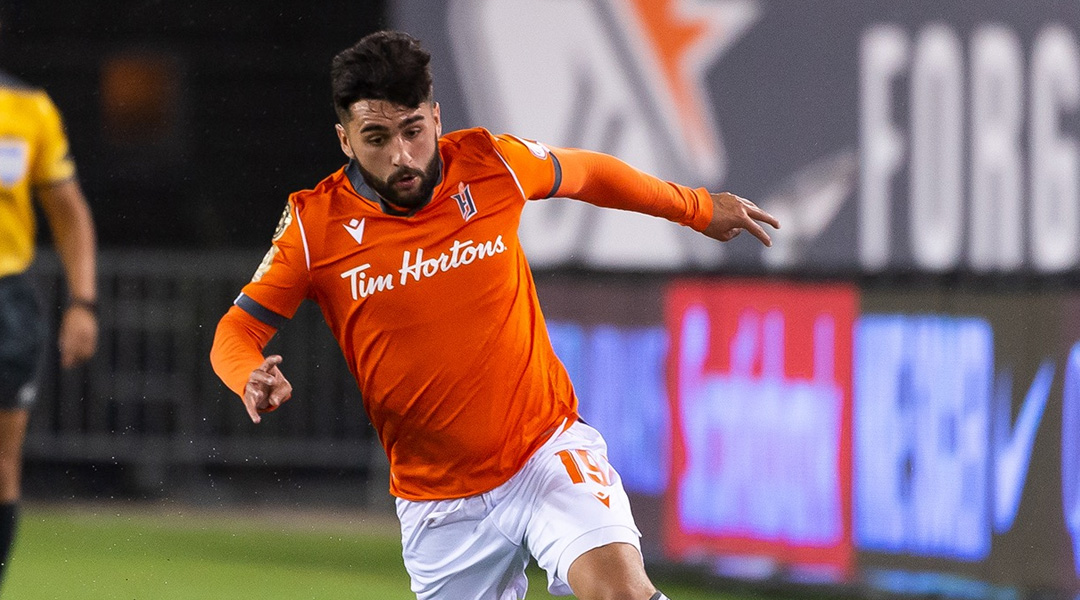 Forge FC has secured a loan extension for OH Leuven midfielder Tristan Borges, who is quite the familiar face to CPL faithful.

The club original proved to be the best man in the league through its inaugural season, where the CPL MVP scored 13 goals and 5 assists through 27 appearances to help the side become forever first to lift the North Star Shield.

Tristan was then sold to Belgian Jupiler Pro League club OH Leuven for an undisclosed fee, but found himself unable to crack the first team whilst out abroad. He was loaned back to the hammers last season, contributing three goals and six assists through 28 appearances.

He won’t be the only high-profile attacker to return on loan for a second consecutive season, with Omar Browne having been announced last month. The Hamilton-based side has also added Pacific’s Terran Campbell to replace the outbound Molham Babouli.

The five-foot-seven midfielder has made 67 all-time appearances for the club, contributing 16 goals and 13 assists overall. He also featured the Canadian national team in a friendly win over Barbados.

With his OH Leuven contract expected to expire this June, it looks like Borges isn’t in any future plans for the Belgian side. It’ll be interesting to see if Forge retain the attacker once he becomes a free agent, or if we might see further transfer drama in the midst of the 2022 CPL season.

Whatever happens next, Tristan Borges is a significant addition to a club set to make its Champions League debut in two day’s time. He is expected to feature in the competition this week.