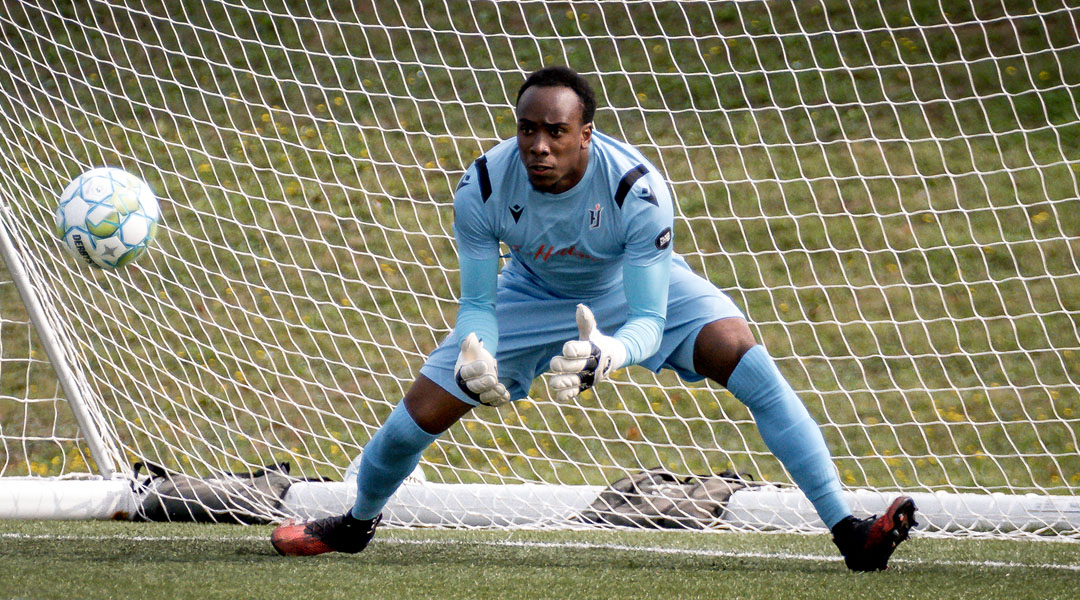 The Island Games’ Golden Glove Winner has re-signed with Hamilton-based side Forge FC.

Today, the reigning Canadian Premier League champions confirmed that 27-year-old goalkeeper Triston Henry has re-signed with the side. The Scarborough-born goalkeeper has made 41 appearances for the side since deposing Quillan Roberts as starting goalkeeper, recording sixteen clean sheets along the way.

Last year saw Henry start in all but one of the club’s eleven matches, with Forge FC handing one match to youngster Baj Maan to procure some much-needed U-21 minutes. Henry finished the campaign with five clean sheets, a title win, and golden glove honours.

The fall and winter season saw him make four starts in Concacaf League action, where he conceded four goals as the club came one match away from securing Champions League qualification.

Earlier this week, the club announced that club captain Kyle Bekker had also re-signed with the side for an undisclosed, but long-term, deal.

Both Bekker and Henry have been long-time familiars with head coach Bobby Smyrniotis, with both players featuring in his prior team Sigma FC. Prior to that, Henry experienced NCAA Division I soccer with both the University of Connecticut and Quinnipiac University.

With two big pieces to the Forge FC roster now re-signed, it’ll be interesting to see who else returns following last year’s title-winning campaign. Smyrniotis disclosed that he will keep the core roster together, sprinkling in a few additions here and there – though the retired David Edgar also leaves big shoes to fill on the defensive end.

The club has also retained the draft rights for Gabriel Balbinotti, meaning they can re-sign him to a developmental contract without re-drafting him in tomorrow’s CPL-U SPORTS Draft.

Forge FC did not disclose the contract length or financial details of Henry’s contract.