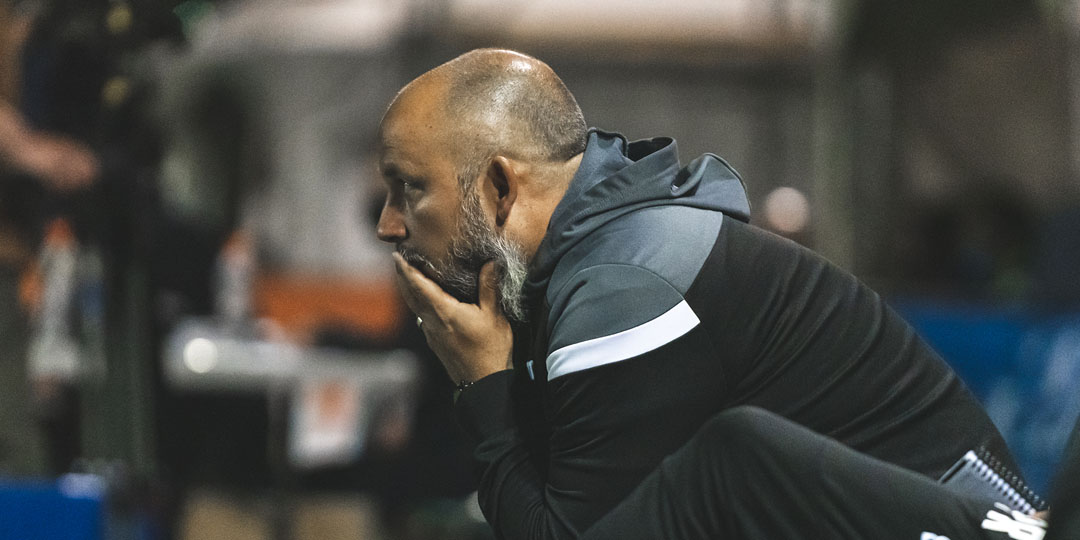 Reigning Canadian Premier League champions Forge FC have found themselves in a bit of a pickle: with just two games left of the regular season, the club is well short of the 250 minute count that it is required to give domestic U-21 players.

The club has only accumulated about 47 of the domestic U-21 minutes so far, with only two healthy players (Mohsen and Maan) who can contribute towards filling the 250 minute requirement.

Today, news from the Forge FC camp revealed that 21-year-old right-back Klaidi Cela suffered an ACL tear after coming on for two minutes against the Halifax Wanderers, which has big ramifications for the club’s potential youth minutes.

The club still needs some 203 domestic U-21 minutes to meet the required minimum, with defender Monti Mohsen having just made his first appearance of the year in the 905 Derby before being substituted off at half-time. Backup goalkeeper Baj Maan has yet to appear for the current North Star Shield holders.

Northern Tribune has confirmed that the league’s pro-rated requirement stands for the regular season, which means Forge FC only has two matches left to account for 203 minutes of game time between Mohsen and Maan. Should the club fail to meet the threshold, they will be sanctioned an undisclosed fine from the league.


Further complicating the matter is the fact that the club’s recent derby loss has made things uncomfortably tight for the hammer in the top half of the table. There’s only a three point gap (or less, in York9 FC’s case) between Forge’s second-place spot and sixth place in the table, which means their playoff position still isn’t a sure thing – especially since those other sides have a game in hand.

It’s certainly not an ideal time for a club to, say, hand a 20-year-old backup goalkeeper his debut.

Sigma FC product Baj Maan was called up as an emergency goalkeeper last year, training with the Forge FC camp before departing for his schooling in the fall months. After the club sold goalkeeper David Monsalve shortly ahead of the Island Games tournament, the 20-year-old was brought in so that the hammer would have a backup behind Triston Henry.

Meanwhile, Mohsen’s only apperance came in the aforementioned first half othe 905 Derby. While Smyrniotis substituted him off to make some tactical adjustments in the second half, fans can expect the left-back to make a return out of necessity over the course of the club’s next two games.


Forge FC will need to see one of the duo play a full ninety in both games with another featuring for a little less than one half of the next in order to meet the requirement. Should both players feature for the length of both games, Forge would exceed the requirement with room to spare, but that isn’t likely given the importance of securing results in these games.

With the five substitution rule in effect, the additional flexibility may see Smyrniotis evenly divide time between the two, though it’s not often one sees a mid-game goalkeeper change without it being due to injury or suspension.

Last year, every team met the required youth minutes without issue. Should any of Forge’s youth players pick up an injury now, however, it is unlikely Forge FC will be able to meet the requirement and could go down in history as the first club to miss the required domestic U-21 minute mark.

Forge FC will face expansion side Atletico Ottawa (who just beat first-placed team Cavalry FC) this Sunday, and will wrap up the first stage of the tournament with a bout against Valour FC on September 5.