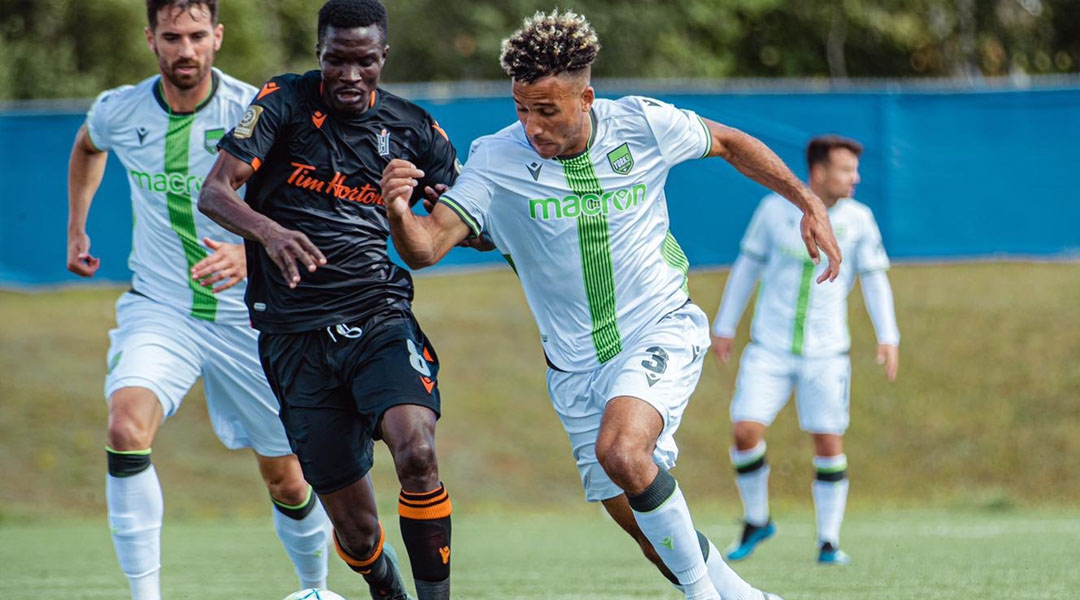 During CPL Editorial staff Marty Thompson’s post-season discussion with York9 FC President Angus McNab, one line near the end of the article stuck out: the club is in discussions with Forge FC to potentially have some competitive matches in the fall ahead of the Hamilton-base side’s Canadian Championship match against Toronto FC.

The Hamilton-based side secured its passage to a Voyageurs Cup Final against the MLS opposition by way of winning The Island Games, but faces a long gap between competitive play with the cup final expected to take place after the MLS regular season concludes in November. In the interim, it looks like Forge FC is hoping that some closed-door matches against York9 FC can keep its roster sharp in addition to some Concacaf League action.

The two rival sides share no love lost on the pitch, with their only bout at The Island Games resulting in a heated five goal thriller. While the Nine Stripes won the day, it was Forge FC who finished the 2020 Canadian Premier League season as champions.

While clubs like FC Edmonton have resumed training after being sent home from The Island Games, others like Atletico Ottawa and York9 FC had appeared to fully embrace the off-season: some Atletico players are on vacation, while the Nine Stripes didn’t resume any training at club level after arriving back to the York Region.

While the article mentions that York9 FC players are still in the area, it appears Diyaeddine Abzi is already in Quebec, though the international signings have indeed remained in Canada for the time being. Some of the squad expressed a bit of surprise about the potential matchups against Forge FC, though truth be told it’s a good chance for them to prove their worth ahead of contract expiration dates.

In regards to the longer-term vision for the club, McNab didn’t mince words in his interview with Marty Thompson: even the club’s top officials aren’t certain who’ll be back next year.

It’s tough, it’s very tough, and if anyone tells you they’ve got a crystal ball they are full of s–t because none of us know.

The data-minded Club President said that the technical staff will be getting together this fall to identify target signings for next year’s campaign, with the squad due for a good level of restructuring ahead of the 2021 Canadian Premier League season. As McNab says, if they keep the same squad and finish fifth again next year, that’s on them. It’s another way of saying that fans can expect changes.

The safest bets for returning players lie in the squad’s teenage contingent, whom McNab says are in simple situations: low-budget contract extensions and multi-year deals were the standard for them, with the club keen to continue their development.

While Northern Tribune couldn’t confirm any specific moves, it appears some year one roster originals may be departing from the club, too. As Rob Gale lamented earlier, “no player wants to stay on the same salary and it’s a salary cap league”. The same sentiment runs from coast-to-coast, which means some tough choices will need to be made.

In the interim, Jamaican forward Nicholas Hamilton is preparing for a loan move to Dundee FC, though it’s unknown if any of the CPL side’s other players will participate in any offseason action beyond the potential exhibition games against Forge FC.

It is believed that most of the contracts run through until at least the end of October, which means those friendlies would need to take place in the next few weeks. With COVID-19 numbers growing in Ontario, arranging these exhibition matches ahead of competitive games is likely going to be a carefully-considered affair.