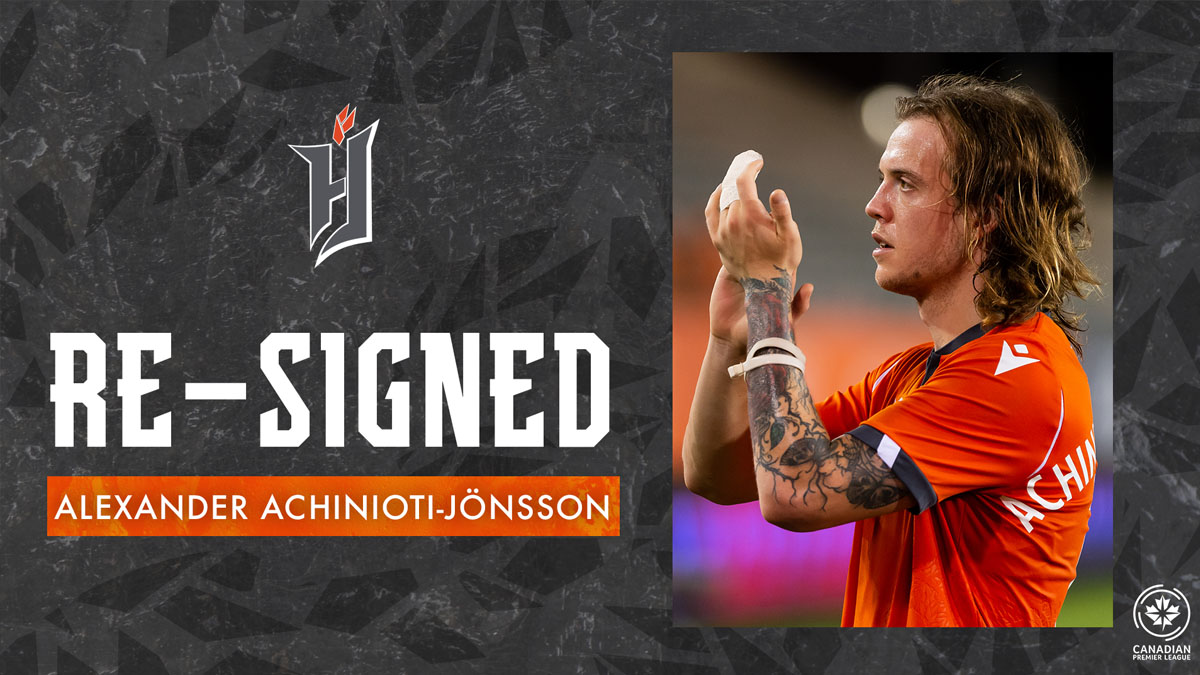 The 25-year-old has made eighty appearances for the hammers throughout the club’s first three seasons, contributing four goals (one of which was a title-winner) and four assists whilst establishing himself as a one of the league’s top midfielders.

The six-foot-two Swedish midfielder had the second-best passing accuracy in the league amongst players with significant minutes, locking in an impressive 89.2% in that regard. He’s proven to a crucial link between a stalwart Forge backline and a potent midfield, with Achinioti-Jonsson also slotting in as a centre-back himself when needed.

Having proved integral across the club’s first three campaigns and impressed in continental action, Director of Football Costa Smyrniotis was understandably happy to have the midfield staple back on a multi-year deal:

Alex has grown into and cemented himself as one the top midfielders in the CPL since joining us in our inaugural season. He exemplifies a high work rate and dedication to our club both on and off the pitch and we’re very happy that we will continue together over the next few years.

With Forge’s midfield core expected to remain intact, Achinioti-Jonsson will likely find himself playing alongside the likes of Kyle Bekker and Elimane Cisse, with Pacific FC midfielder Alessandro Hojabrpour joining for the 2022 CPL season.

Before signing with Forge FC in 2019, Achinioti-Jonsson had made over a hundred professional appearances for Swedish sides IFK Varnamo, Helsingborgs IF, and Hittarps IK. The 25-year-old had also once represented Sweden at the U-19 level.

Alexander becomes the second confirmed returning Forge original, with Dominic Samuel having been announced yesterday. The club is expected to see most of its players return with a few exceptions: Molham Babouli seems a likely departure, whilst Kwame Awuah is trialing with the Whitecaps.

The structure and financial compensation of Alexander’s multi-year deal with Forge FC was not disclosed by the club.