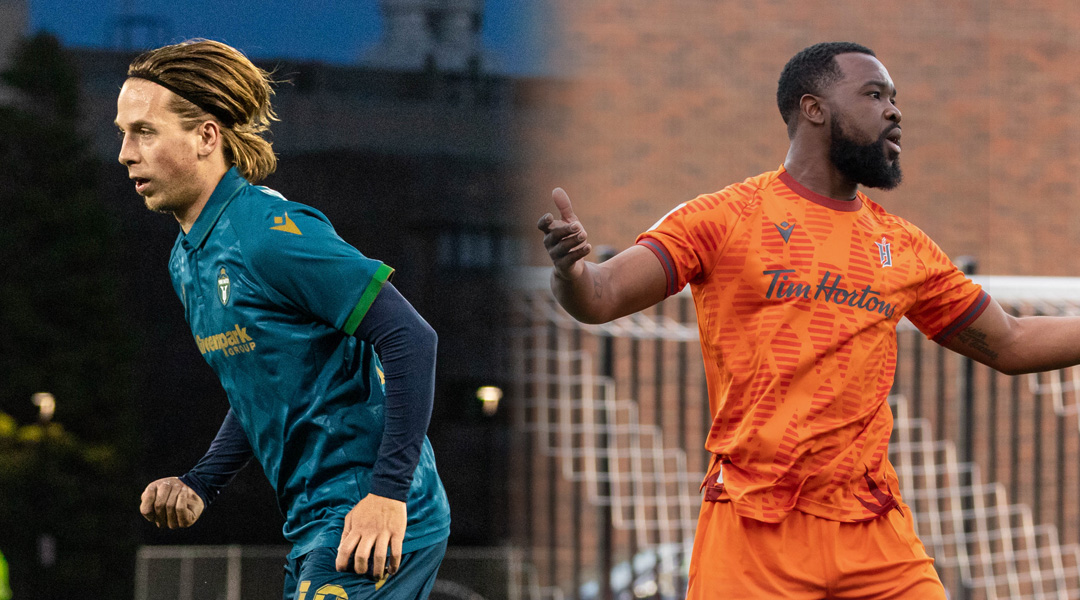 As time passes, the list of CPL originals grows still playing the league gets ever small. Looking back at the original rosters, we wondered: of the players who have featured regularly since 2019, who’s still awaiting a moment to call their own?

To qualify for the list, each player must have been rostered through all four Canadian Premier League seasons thus far, and must not have scored a club goal across any competition. The results show an unsurprising defensive skew, but given the minutes they’ve clocked in, one has to think that perhaps they’re due for a goal soon regardless.

23-year-old midfielder Noah Verhoeven is an unsung engine in the Nine Stripes midfield, and despite his tender age he’s a CPL veteran: between Pacific FC and York United, he’s accumulated 5,279 minutes of action across all competitions, recording four assists in 71 appearances.

While he’s been called up to the national team as a training player and has found himself on the scoresheet for the Canada’s U-21 team in the Toulon Tournament, the former Whitecaps youth prospect is still awaiting his first goal from club football.

The Surrey-born midfielder often plays a central midfield role, though as needed he’s clocked in all around the pitch and certainly knows how to play a forward pass. Given that he’s frequently at the ready for set piece opportunities, it’s a surprise that Verhoeven has yet to score his first professional goal – though it’s fair to say he’s done just about everything but.

The fan-made sign at Tim Hortons Field pays homage to one of the CPL’s hardest-working defenders who has now put in 90 appearances without finding himself on the scoresheet. While Samuel has registered three assists through his 7,211 minutes of action and shown plenty of growth in that time, he’s yet to post one up for the hammers himself.

See Also: Samuel Keen To Keep Growing With Forge – ‘I Deserve To Be Here’

The CPL original has been a consistent rock for Forge FC at the back, briefly featuring out on the right but returning to a central position following the retirement of David Edgar. He likes to direct the action from that the middle, though that doesn’t leave him much opportunity to score.

In the midst of his fourth season in the hammer, it’d be nice to see Tim Hortons Field witness what would indeed be Dominic Samuel’s first career goal. With the five-foot-ten defender currently sidelined through injury, however, fans will have to keep waiting.

Valour FC original and Winnipegger Federico Pena has made just over fifty appearances for Valour, though the versatile athlete hasn’t snuck his way onto the scoresheet just yet.

Each season of CPL action has seen the Trinidad and Tobago international grow at IG Field, enduring a collectively rough start in 2019 to progress to more competitive pastures as the years have gone on. While fellow club original Raphael Ohin bagged a goal last year, Pena is still waiting on one to call his own.

The 23-year-old has been a regular starter under Phillip Dos Santos, frequenting the left flank for a Valour side hungry to crack a playoff spot for the first time in club history. After putting in plenty of work, it’d be nice to see Pena celebrate a moment of individual celebration, too.

Defensive midfielder Matthew Baldisimo is the only Pacific original still on the pitch for the Tridents, putting in fifty appearances over the last four seasons. After an injury spell kept him sidelined for most of 2021, the Philippines international prospect has been back in the mix under James Merriman this year as the club undergoes its title defense.

Like his former Whitecaps FC 2 and Pacific teammate Noah Verhoeven, Baldisimo still has yet to crack the scoresheet for his club – though he’s been a consistent performer when called upon, and even had one called back this year.

While we can never predict what happens next, he’s certainly one we think can take himself off the list before the season’s end.

The four athletes above have a combined 18,854 minutes of action for CPL clubs between them, and to the man they’re certainly proven professionals at the CPL level. It’s no surprise to see the list so defensively-skewed, but for our money we think these guys certainly have it in them to create a moment of magic for themselves – though there’s much more to their game than scoresheet contributions.