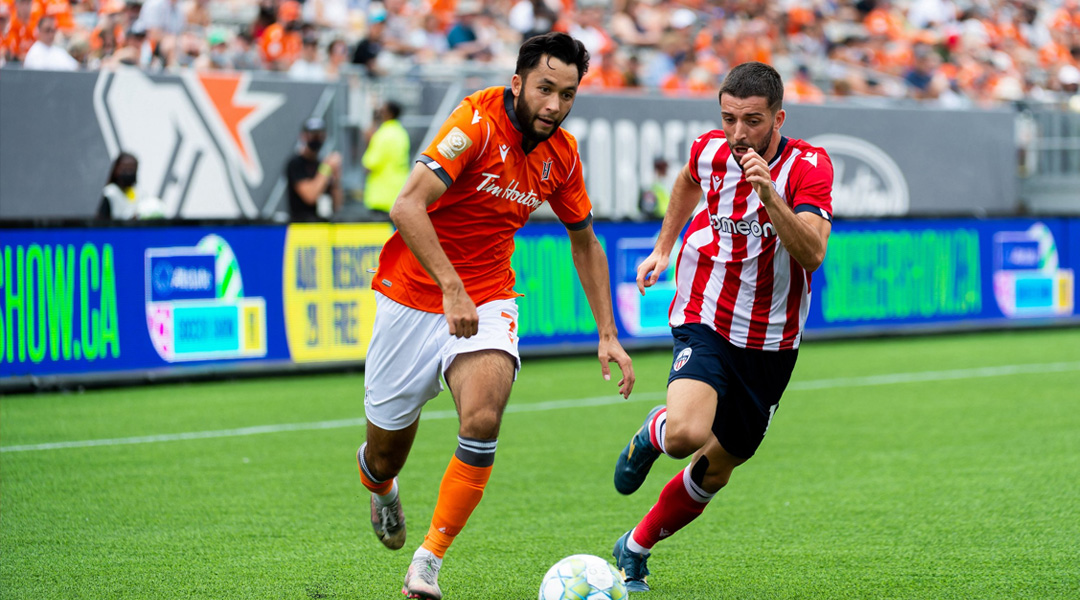 Canadian Premier League fans in the United States will be able to continue watching their northern neighbour’s domestic league and cup matches for the remainder of the year, with access to a selection of OneSoccer studio and documentary content, too.

MEDIAPRO Canada has announced a renewed media rights partnership with Fox Sports that will see the broadcaster retain rights for the remainder of the 2021 Canadian Premier League season and the 2021 Canadian Championship.

It will also air the OneSoccer Today show on Mondays and Thursdays, the CPL In Review show on Sunday evenings, and scheduled repeats of the Bringing It Home documentary series also included as part of the agreement. The broadcast deal will also make Canada’s domestic football action accessible to Fox Sports viewers located in the Caribbean.

Fox Sports subscribers tuning in to Fox Soccer Plus service or Fox Sports 2 have already been enjoying live Canadian Premier League coverage of the season thus far, with the US-based network following the current season when it began in a bubbled format in Winnipeg. Teams returned to their home markets at the end of July.

Last year saw Fox Sports broadcast The Island Games to the US and the Caribbean, with 18 CPL matches broadcast live on FS2 with the remainder having been available to stream on Fox Soccer Plus.

The titan broadcaster holds numerous rights deals, including ones for Major League Soccer, English-language rights for the next two FIFA World Cups, the 2023 FIFA Women’s World Cup, and more.

In Canada, fans are more hard-pressed to find Canadian football through traditional media. Understandably, some may be confused to learn that fans in the US and the Caribbean have cable access to the country’s domestic league and cup, but those in Canada do not.

The media agreement deal in place between MEDIAPRO Canada and Fox Sports is in place solely for the 2021 season.