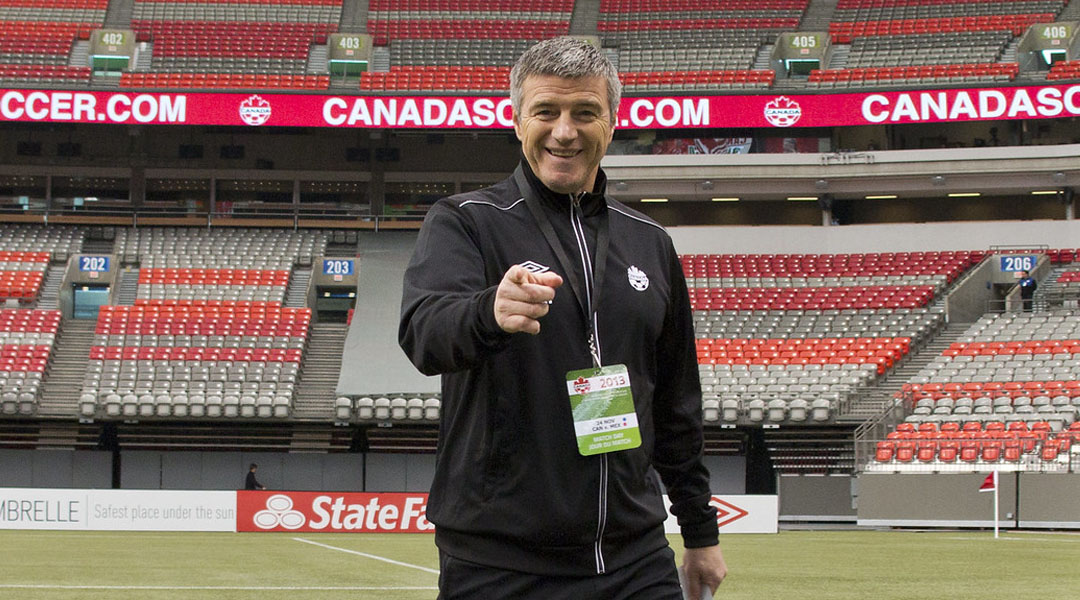 It’s been just over a year since a rumour regarding a potential Canadian Premier League expansion team in Fraser Valley made waves, with league commissioner David Clanachan previously stating before the pandemic that multiple ownership groups were considering locations in British Columbia.

While the COVID-19 pandemic has likely stymied the pace of such progress for the moment, that doesn’t mean it hasn’t been on the minds of members of the Canadian soccer community. In our talks with former FC Edmonton head coach Colin Miller, who has spent the better part of the last three years in Abbotsford following his departure from the now-CPL side, he says there’s certainly a market for a CPL team in the area.

There’s definitely a market and it would be a well supported franchise in my opinion. I’m the colour commentator for TSN for the Whitecaps, and I genuinely believe there is a market in the Fraser Valley. As you can imagine, a lot of people have moved out of Vancouver because of the house prices and so on, so there’s a much younger demographic in the Langley area and in the Abbotsford area where I live, there’s a lot of young families moving out there. I genuinely believe it’s a real hotbed for football.

Since his departure from FC Edmonton in late 2017, Miller has joined the coaching staff at the North Shore Girls Soccer Club and has been helping the next generation of female Canadian talent develop at the grassroots level. During the last few years around the area, he’s seen both his own club and other academy systems grow larger in terms of memberships and interest in the sport.

Even with the COVID-19 pandemic throwing the world into relative disarray, Miller says his own football club has managed to retain about 92% of its members, with the club doing everything it can to conduct training sessions in a safe and controlled manner. The numbers both in and outside his club suggests that there’s a growing demographic of football fans in the Fraser Valley that is trending in the right direction.

There’s a lot of clubs that are doing well, real well attended clubs, that kind of thing. My old club Abbotsford Soccer Association, the numbers they’re developing there in Langley itself, those numbers are getting better again. There’s a lot of positivity in the Fraser Valley and what’s going on out there. Long winded answer, yeah, there is a market there for a CPL franchise in my opinion.

This year saw Atletico Ottawa become the first-ever Canadian Premier League expansion club, with the Ottawa-based side being backed by the serious financial power of Atletico Madrid. Last year saw persistent rumours regarding expansion teams in both Quebec City and Montreal, while earlier this year David Clanachan went out of his way to specifically declare his belief that Toronto could support a second CPL team, too.

Yesterday, Colin Miller revealed that he misses coaching at the professional level, but stated doing so would be a long shot given that he doesn’t want to work far away from his family. Should an expansion side ever come anywhere near his local Abbotsford area, one imagines that Miller – who has captained the Canadian national team and has coached at a high level – would be a strong contender for the position.

Still, there’s a lot of uncertainty when it comes to the future: while the league appears stable despite undoubtedly taking a big financial hit this year, Clanachan admits that they can’t bank on one expected start time for the 2021 season: he’s got a Plan B and a Plan C in the works in case of pandemic interference, so expansion talks are likely pushed down a bit on the priority scale as the league works towards knowing things like if it can have fans in stadiums next year.

Last year saw the comissioner set a goal for the CPL to have fourteen to sixteen clubs by the time the World Cup 2026 came around, and it’s easy to see a Fraser Valley team by that point: close to the Vancouver metro area but a respectable distance from the Whitecaps’ backyard, the draw could be big. Unlike the potential Saskatoon CPL expansion side, however, no ownership group in BC has publicly declared interest.

While Victoria-based CPL side Pacific FC is often touted to have a coast-to-coast rivalry with the Halifax Wanderers, one would hedge their bet that a local geographic rival might draw more emotion for fans and players alike – especially if both began picking up products from the Vancouver Whitecaps Academy system, a player market which Pacific FC has dominated so far. Bob Young believes that natural rivalries are a key component to the success for the CPL, and having two teams in BC square off against one another would certainly hit that mark.

Whatever happens, Miller believes that an expansion team in the Fraser Valley could do well. While Ontario now houses three CPL clubs and Alberta has two, no other province has more than one – but it’s easy to see either British Columbia or Quebec seeing that kind of growth in the coming years.