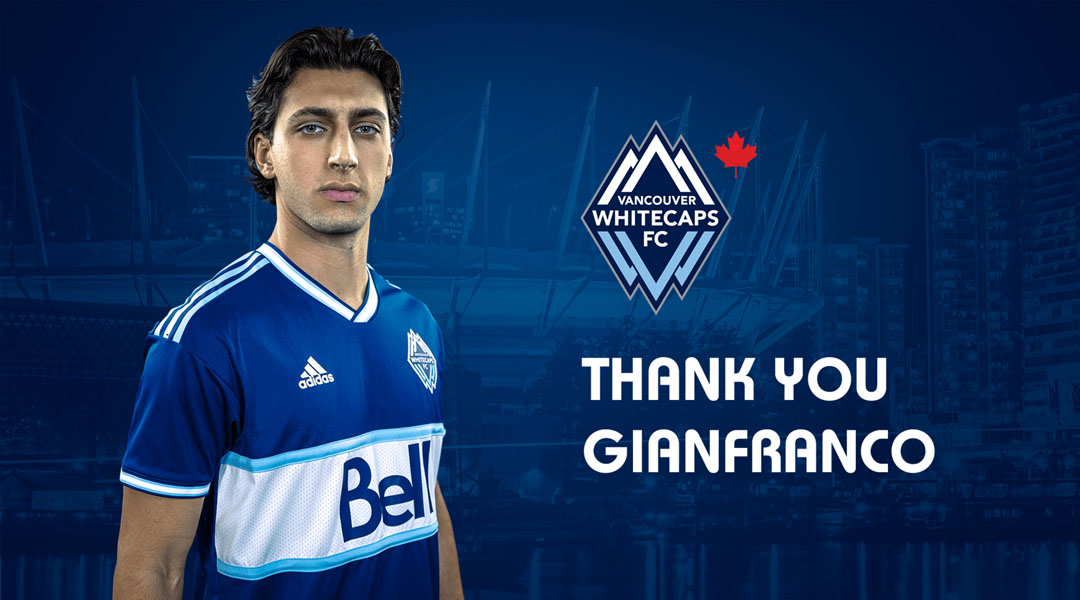 The Vancouver Whitecaps have exercised the club’s sole offseason buyout of a guaranteed contract on Gianfranco Facchineri, with the club simultaneously waving the 19-year-old defender.

That means that the former Canada U-17 Captain is now a free agent, making him a likely target for CPL sides seeking to shore up their defensive options with a low-risk, high-reward signing.

The six-foot-tall defender had featured in an intra-squad scrimmage at BC Place just matter of days ago before evidently being deemed surplus to requirements for the Whitecaps.

The Windsor, Ontario born youngster remains a highly-touted defender who was named Vancouver’s Academy Player of the Year in 2019. Facchineri rose through the ranks with the MLS club’s youth system before inking a homegrown player contract two years ago. The defender then underwent loans to Atletico Ottawa and the San Diego Loyal before today’s termination notice.

See Also: Facchineri Ready To Earn Minutes – ‘Nothing In The Game Comes Free’

The centre-back featured in four of seven matches for Atletico Ottawa at the shortened Island Games tournament, whilst last year saw a late summer loan to San Diego result in just four appearances for the defender. Before enlisting with Vancouver, he’d also developed with Vardar SC in Michigan before a short stint with the Toronto FC Academy.

Facchineri has had little gametime to showcase himself recently, though his international youth experience indicates a high ceiling: the youngster played every minute of possible action for the Canada U-17 squad during the FIFA U-17 World Cup in Brazil and the Concacaf Championship back in 2019, converting a penalty in the latter tournament’s quarter-finals to secure a win against Costa Rica.

While Gianfranco hasn’t indicated where his next steps will be, one imagines that several Canadian Premier League sides would be interested in picking up the former Whitecaps prospect given the low-risk and high-reward of his signature.