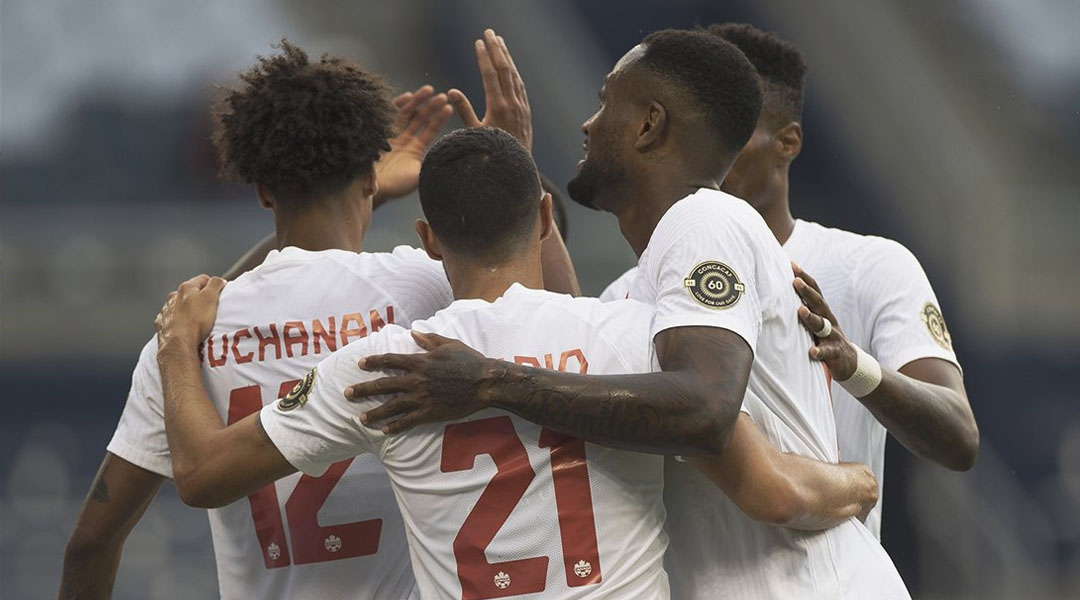 Canada survived an early scare against Martinique to open up its 2021 Gold Cup account with a 4-1 win, recording a crucial victory without the likes of Alphonso Davies and Jonathan David being available for the side.

Things got off to a rough start for Les Rouges after a high press from Martinique forced a giveaway at the back, with Serie A striker Emmanuel Riviere doing just enough to trickle the ball beyond the line to put the Caribbean island nation up front after ten minutes:

Canada wouldn’t have to wait long for an equalizer, with veteran midfielder Junior Hoilett sending in a corner that Larin met with a stronger header, firing the ball into the near-post corner to equalize for Canada with his sixteenth international goal:

The high-tempo start led to a go-ahead goal for Canada just a few minutes later, with in-form New England Revolution forward Tajon Buchanon losing his marker on the left flank before driving into the box to set up a tap-in for Jonathan Osorio:

The final goal of the first half came not long after that, with Buchanon creating similar space on the left flank and Hoilett collecting the ball before turning supplier (in record-setting fashion) for Stephen Eustaquio’s first-ever national team goal:

The second half saw substitute Theo Corbeanu wrap things up one minute from time, with the Wolverhampton Wanderers youngster finding himself on the end of a long low cross from Cavallini to cement a 4-1 victory for Les Rouges:

The Canadians had the bulk of both possessions and chances on the night, but had largely been expected to secure a comfortable victory over Martinique. The last meeting between the pair also saw Canada beat them by a 4-0 scoreline back in the 2019 Gold Cup.

Its next test against a COVID-19-impacted Haiti – whom a full-strength Canada beat 3-0 last month – will come this Thursday, before a surely-heated tie sees the team square off against the USA next Sunday.