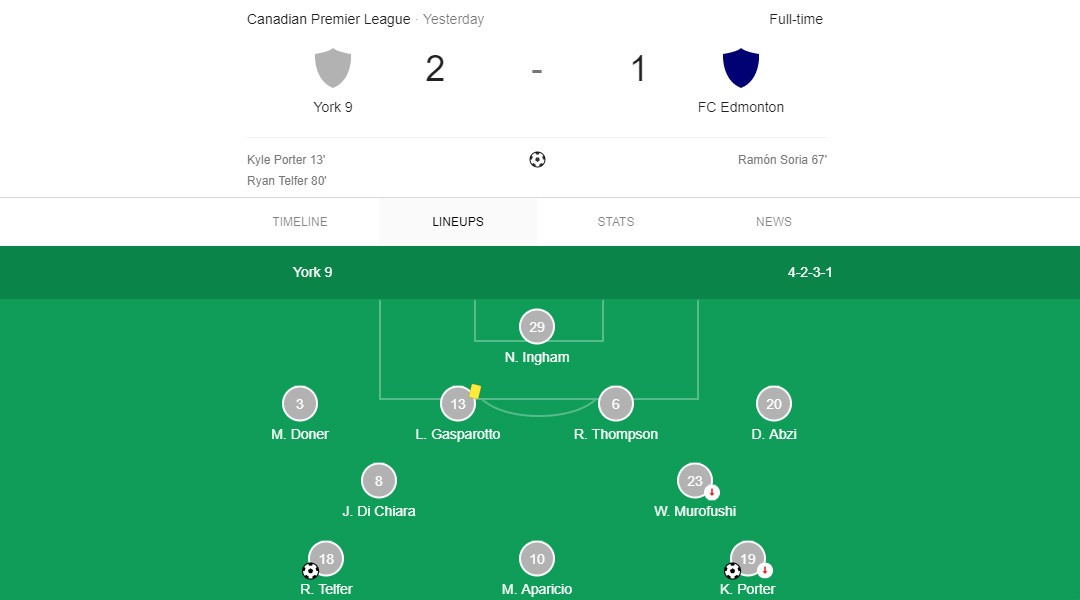 Beyond showing live and archived scorelines, the Google interface offers an in-depth view of the squad lineups, a chronological timeline of significant in-game events, and quick access to match statistics like possession and shots. Fans can also quickly flip to a news tab to see current happenings for each team, though recent layoffs to the likes of John Molinaro will mean less coverage from mainstream sports websites.


CPL clubs have previously featured on the Google Sports platform through the Canadian Championship, but Canada’s only domestic professional league had to appear on it. Every result from league play has been retroactively added by Google, allowing fans to look at results all the way back to when the league kicked its first ball on April 27.

Google still needs to add club logos to the interface, but this is a great start that will help make the league a little bit more accessible to prospective fans. When Google first introduce a special format to show sports score and statistics, it tooks the likes of Major League Soccer quite some time to be added to the feature, so it’s good to see the Canadian Premier League has been added some two-and-a-half months after the league’s first game.

Fans interested in tuning in to the Canadian Premier League can watch all of the games through a global streaming service called OneSoccer, and Canadians viewers also have the option of catching a portion of the games through CBC Sports. The league has reported nearly 200,000 ticket sales for matches played so far, and multiple ownership groups are currently considering opportunities to join the burgeoning league for 2020 and beyond.