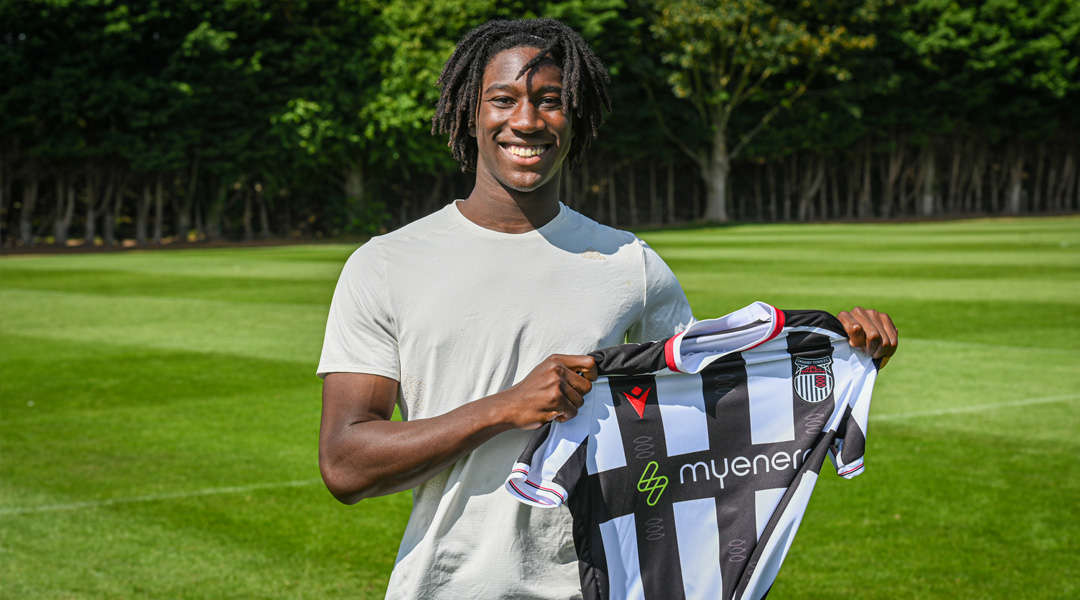 The rumours surrounding Aribim Pepple’s loan move to League Two side Grimsby Town turned out to be spot on.

It was confirmed today that the new Luton Town striker will spend the season at Blundell Park, where he’ll play alongside another Lutun loanee in John McAtee.

The 19-year-old completed his move to English football after turning heads with record-breaking form with Canadian Premier League side Cavalry FC, for whom he scored six goals in his last five games before signing a three year deal with English Championship side Luton Town.

Pepple will don the number 23 shirt for The Mariners, who state that he could make his debut as soon as tomorrow’s Carabao Cup clash against Crewe Alexandra.

“I’m delighted to get it over the line,” said the former Cavalry striker when asked about the loan. “I want to come and get regular minutes now, get adapted to English football so yeah, I am excited.”

The striker had reported loan interest from a number of League One and League Two sides, with some thinking that Forest Green Rovers might be in the running after having their initial transfer bid ijacked by Luton Town.

“I think the biggest thing for me is goals, that is what I am looking to do, but apart from that I am strong, I am fast, I like to get in behind so that is my first option, but I can also help hold up the ball, so that is a bit about me! I have found it great here, the biggest thing for me was looking for somewhere where I can go and have a manager who can help me develop,” added Pepple.

The 19-year-old isn’t the only former Cavalry player to ink a move abroad this year, with the Alberta-based side also selling Victor Loturi to Ross County.