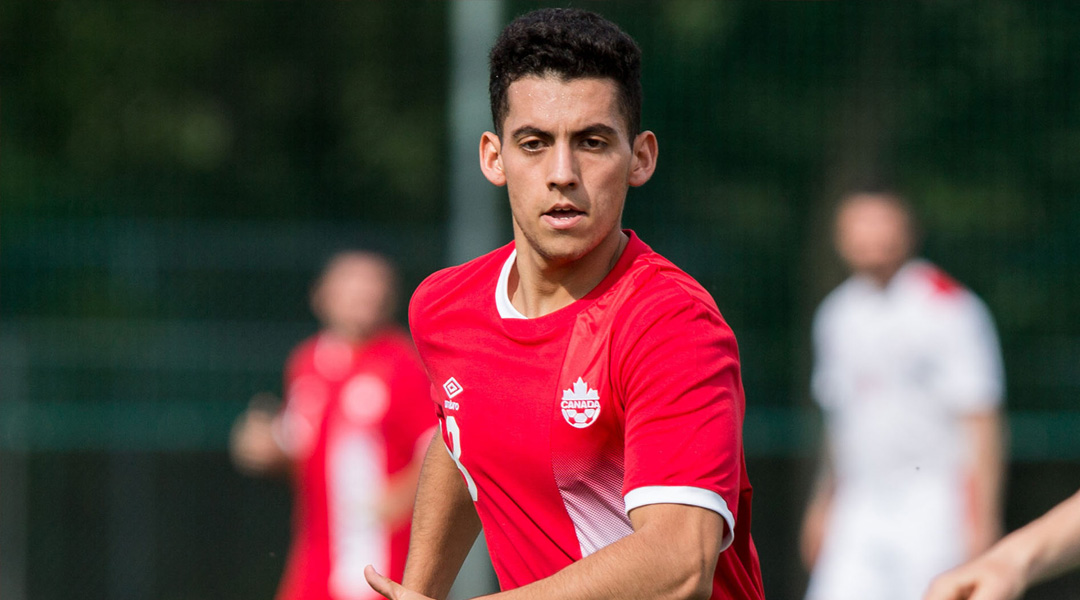 League1 Ontario side Guelph United has signed its third former Canadian Premier League player with the addition of Nicolas Galvis.

The club had already added former CPLers Tomasz Skublak and Jace Kotsopoulos ahead of its inaugural League1 Ontario season.

Galvis had made eleven league appearances for Valour FC across the club’s inaugural Canadian Premier League campaign in 2019, with his return to Canada coming after one season with Uruguayan side Canadian SC and two years in the Colombian second division with Deportivo Pereira.

It was during his time with Deportivo Pereira when Galvis cracked Canada’s provisional 40-man roster ahead of the 2017 Gold Cup. While he held onto Olympic dreams in the years to follow, he ultimately went unselected by Les Rouges at any age level and failed to crack this year’s Olympic Qualifying roster after spending the 2020 season as a free agent.

More recently, Galvis has been part of the 2021 Valour FC preseason camp.

Still, the Bogota-born midfielder clearly has a lot of upside and will bring plenty of professional experience to Guelph United’s inaugural campaign. The club has signed several players outside of the CPL, with Jared Agyemang, Colin Gander, Harvey Merchant, Amardo Oakley, Ian Vidovich, and former Forge FC draft pick Alex Zis all having been recruited thus far.

The expansion side is headed by longtime Guelph Gryphons head coach Keith Mason, with former York United defender Justin Springer adding even more CPL experience in an assistant coaching role. The League1 Ontario season is tentatively set to kick off the 2021 season on July 2, setting a ‘drop-dead date’ deadline of June 7 to determine whether the season can safely take place.

With the season fast approaching, Guelph United has been building a very strong roster on paper. Expansion sides St. Catherine’s Roma Wolves, Scrosoppi FC, and 1812 FC Barrie have yet to announce any roster movies, while Waterloo United made its inaugural signing with midfielder Zulfikar Karimi.