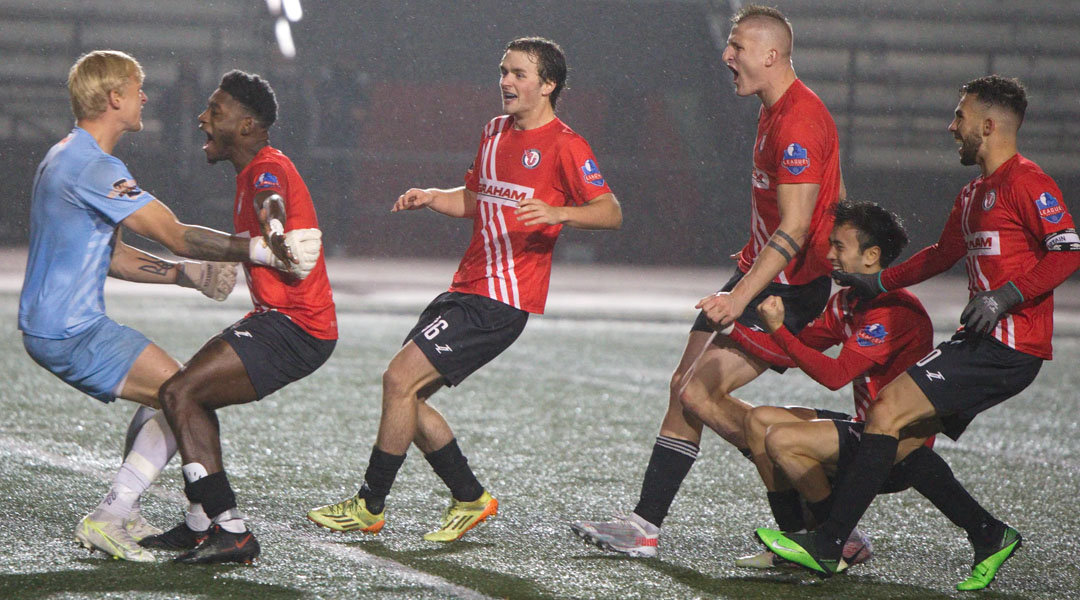 Safely Returned From War, Artmenko Back On The Pitch With Guelph

A soldier has come home.

League1 Ontario side Guelph United has announced the safe return of goalkeeper Svyatik Artemenko after the 22-year-old took arms to help Ukraine defend itself against the Russian invasive force.

The youngster had signed for a club in Ukraine just days before war broke out in February, with Artemenko stating that it didn’t feel right to abandon the country in its time of need. He volunteered to defend the country and saw time on the frontlines, but is thankfully now safe and sound back home in Canada.

Last year saw the six-foot-two goalkeeper help Guelph United to a League1 Ontario championship in the club’s inaugural campaign, with Svyatik playing hero in an intensive semi-final shootout en route to a golden glove and domestic league-winning season.The club reports that he’ll be available for next week’s Canadian Championship clash against the Halifax Wanderers, too.

“Svyatik is a talented, dedicated soccer player, but he is an even better human being.” said Guelph United gaffer Keith Mason. “We couldn’t be more proud of him for standing up for the people and freedom of Ukraine, but we are also excited to see him safely back home.”

Prior to signing With Guelph United in 2021, Artemenko was an emergency goalkeeper goalkeeper with Valour FC in 2019, though after that he only trained with the squad in an official capacity. Suffice to say, next week’s match against the Halifax Wanderers will be an ideal time to impose himself onto the radar of professional clubs.

The reigning League1 Ontario champions opened to a fiery but scoreless draw against Electric City FC before besting Alliance United 2-1. Guelph United had dedicated $2 from every ticket sold for its home opener to the Ukraine Red Cross Relief fund.

While Artemenko was abroad, goalkeeper Sam Spoelstra filled in during his stead. The club brought in a number of new additions for its title defense season, including former Forge man Marcel Zajac.

With Artemenko now back in the fold, the Guelph-based club has another key asset in its arsenal as it seeks back-to-back titles – and perhaps some underdog cup glory, too.

The New PLSQ Season: Everything To Know