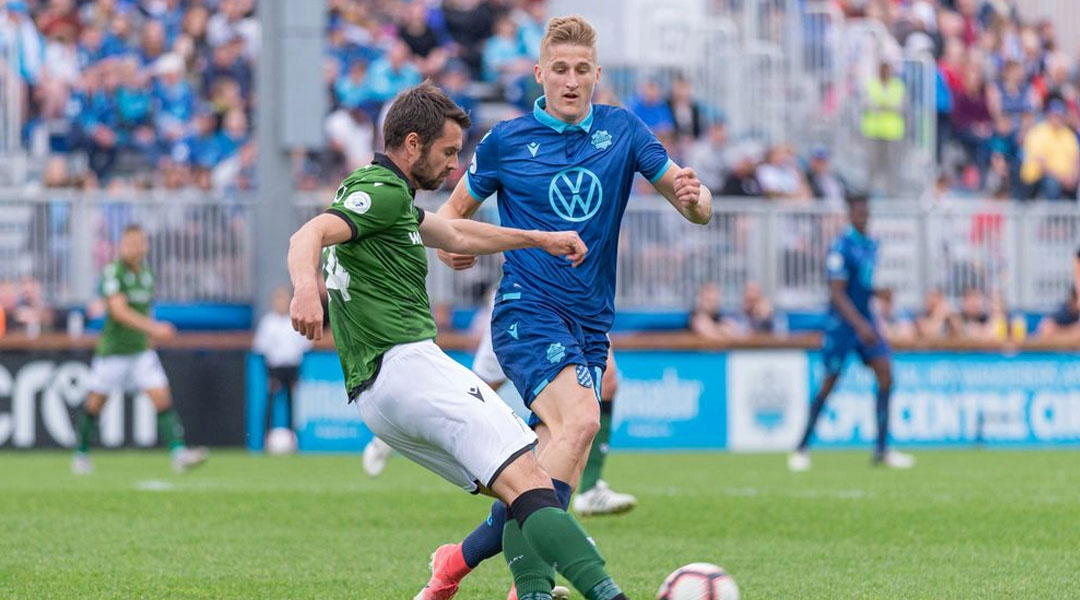 The club was an announced as a League1 Ontario expansion team this January, with Skublak becoming the side’s seventh signing so far.

The 23-year-old strike is a familiar face for head coach Keith Mason, who has been the longtime boss for the Guelph Gryphons. Skublak contributed fourteen goals in twenty-nine appearances for the Gryphons under Mason, playing along Guelph United’s inaugural signing Jace Kotsopoulos.

Following his time in Guelph, Skublak finished his education at the University of South Florida, scoring ten goals in 32 appearances while also appearing twelve times for League1 Ontario side Vaughan Azzurri.

With the launch of the Canadian Premier League in 2019, Skublak trained with York9 FC (now York United) before ultimately being signed by the Halifax Wanderers instead, with his only league goal in twelve CPL appearances coming against the Nine Stripes.

Skublak proved more ruthless in cup competition, scoring against the Vaughan Azzurri, Valour FC, and the Ottawa Fury in the 2019 Canadian Championship.

Skublak found himself one of sixteen players cut by head coach Stephen Hart at the end of the 2019 Canadian Premier League season, with the Hamilton-born striker opting to move abroad last year to play for FC Brandenburg 03 in the Berlin-Liga.

Former York United defender Justin Springer has also joined the team in an assistant coaching role, having worked with head coach Keith Mason over the prior year at the Guelph Gryphons. Guelph is also fielding an expansion team in the League1 Ontario Women’s division called the Guelph Union.

League1 Ontario is hoping to kick off its 2021 season on July 2, with news of the season’s status expected before a ‘drop-dead date’ of June 7 is reached.