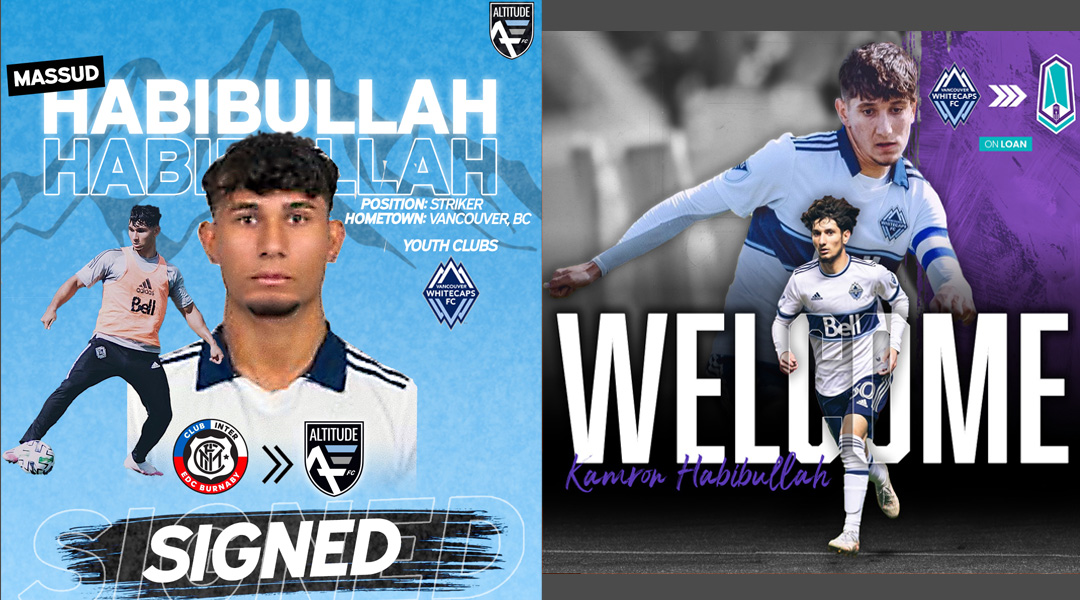 The Habibullah brothers have found themselves to be shining examples of a new and growing player pathway that wasn’t always there to be found in Canada.

Younger brother Kamron Habibullah is a highly-touted Whitecaps product that inked a homegrown deal with the MLS side last year. While not quite ready to break into the first team, he’s been loaned to reigning Canadian Premier League champions Pacific FC to get a season of professional football under his belt.

The CPL was launched in 2019, bringing a domestic professional football league back to Canada after a long period of absence. The quality of play on the pitch has largely surpassed expectations, with eight professional teams from coast-to-coast offering plenty of new playing opportunities for domestic athletes looking to forge professional sporting careers in their own back yard.

Buoyed on by thousands of screaming fans, a strong focus on domestic youth development has opened plenty of doors for a new generation of Canadian talent, too.

While the league is only in its fourth year, Kamron is far from the first MLS youngster to arrive on loan to the CPL. There have been numerous MLS-to-CPL loans each year, and MLS sides seem to be impressed with the results of player development thus far – even with MLS NEXT Pro emerging as an alternative option.

Some of the burgeoning league’s players have also transitioned to MLS heights, with Joel Waterman, Lukas MacNaughton, and Kadin Chung all looking strong in the premier US league after first proving themselves at the CPL level.

Today saw Massud, Kamron’s older brother, sign a deal with League1 BC side Altitude FC, where he’ll get competitive game time close to home in Vancouver’s North Shore. This will be League1 BC’s inaugural season, with the semi-professional league hoping to emulate the player development successes seen in League1 Ontario and the PLSQ.

Many a national team player cut their teeth in those grassroots divisions, so there’ll be a lot of eyes on the standards and quality shown in League1 BC, too.

The newly-minted league isn’t likely to be the final semi-professional pathway seen in the country, with umbrella organization League1 Canada likely having Central and Atlantic development leagues high on their priority list, too.

Massud had progressed through the Whitecaps Residency program before spending two years U-23 squad, more recently enjoying a sharp season in the Vancouver Metro Soccer League with Club Inter. He’s a player that, should he procure some highlight-worthy moments on the League1 BC streams, might turn a head or two at the back up at the professional level.

For now, the Habibullah brothers are set to reap the benefits of two different player pathways which simply didn’t exist a few short years ago. With Canada cracking the World Cup shortlist four years earlier than most had envisioned, the growth of these pathways might enjoy a boom period of accelerated growth on the heels of a pandemic that had certainly challenged them, too.

With the brothers having developed with the Whitecaps but neither of them ready to jump straight into MLS-level competition, these alternative paths are a crucial element of their continued development.

Before the arrival of the CPL, a new semi-professional league out west, or this year’s addition of MLS NEXT Pro, pursuing their footballing dreams would likely mean leaving home behind to try their luck abroad, as so many Canadians were forced to do before them.

Instead, the duo – who arrived to Canada from Uzbekistan in 2005 – have a growing number of pathways to fight for right in the country in which they now call home.

With the Canadian game continuing to grow, the Habibullah brothers – amongst many others – are now set to continue their playing careers through these new and evolving domestic player pathways, and that’s something that should be appreciated.