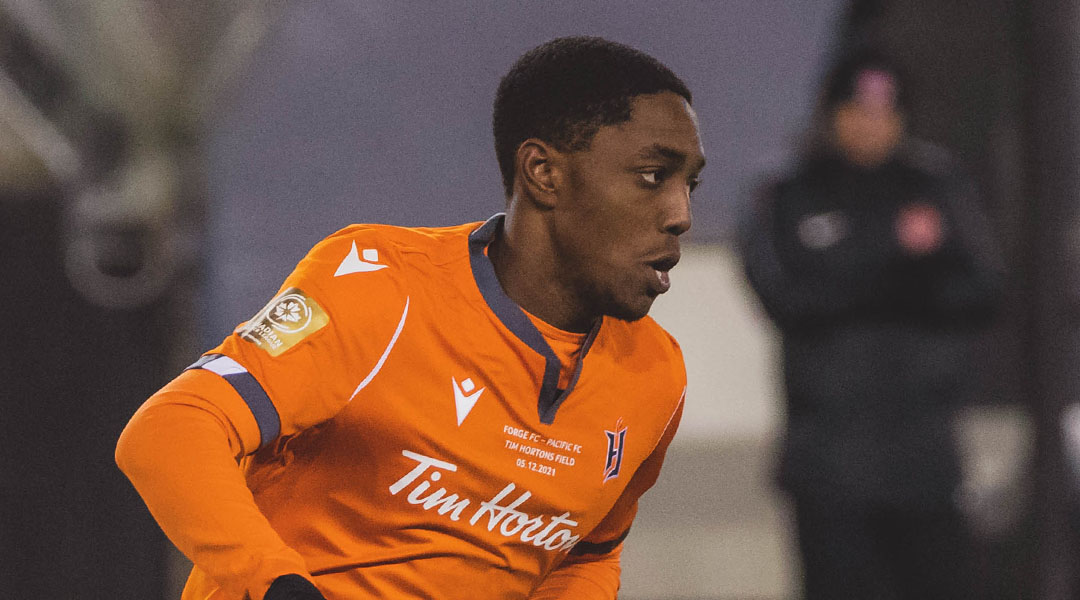 Forge full-back Garven Metusala has been named to the Haiti squad ahead of a friendly match set for later on this month.

The 22-year-old full-back catapulted himself into the professional game last season, making thirty-two appearances for a Forge FC side that went all the way to the CPL Final. Six of Metusala’s appearances last year came in continental action, with the full-back also contributing two goals through his 2,325 minutes of game time.

Metusala will join the senior side for a friendly match against Guatamala that will take place at Inter Miami’s stadium in Fort Lauderdale. With just twenty men named on the roster for the trip, he’s got a good shot at making his international debut just a few weeks before the 2022 Canadian Premier League season kicks off.

The Terrebonne-born defender first arrived to Forge by way of a U SPORTS deal, with the former PLSQ baller quickly establishing himself as a starting-caliber full-back at the professional level. It didn’t take long for him to ink a professional deal with the side, with this past offseason also seeing him receive interest from both CPL and MLS Next Pro clubs.

Metusala was keen to continue his path with Forge’s Bobby Smyrniotis instead, inking a two-year deal with the hammers in lieu of a move elsewhere. His decision to stay saw him feature in both of the club’s Champions League matches against Cruz Azul last month, where the hammers proved a competitive side.

Haiti had expressed interest in the defender last August, though he had to decline the call-up due to the travel difficulties imposed by the pandemic. Having missed friendlies against Bahrain and Jordan last season, he’ll now get his opportunity against Guatemalan opposition this month.

Missing from the selection this time around is Jems Geffrard, who proved to be a big presence with the Halifax Wanderers over the last two seasons but appears to have now left the CPL side.

Should Metusala impress with Les Grenadiers, the Forge full-back could be called back into international action when Haiti begins its Concacaf League of Nations action this June. With the results from those matches determining if the country will qualify for the 2023 Gold Cup, there’ll be plenty on the line for Haiti.

Two weeks after potentially earning his first cap, Metusala will be travelling with Forge to kick off the 2022 CPL season against reigning champions Pacific FC. Having progressed to the finals in league action, the semi-finals of the domestic cup, and the semi-finals of the Concacaf League in his rookie season, it’s fair to say the 22-year-old will be hungry to win some silverware this year.