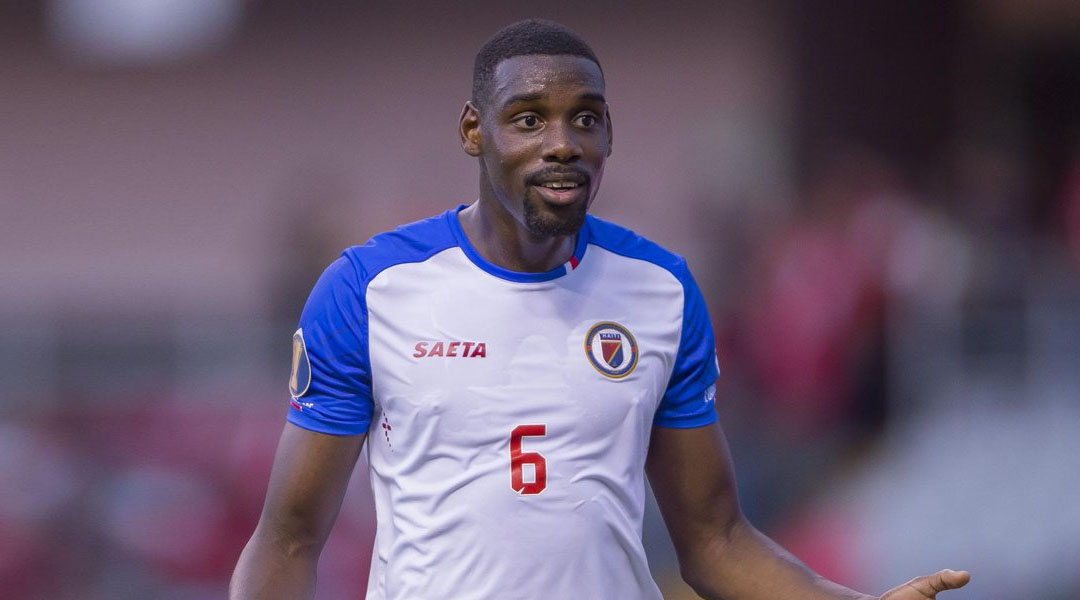 Halifax Wanderers defender Jems Geffrard has been called up by the Haiti national team ahead of two big World Cup qualifying matches that are set to be played in early June.

The 26-year-old centre-back is poised to help Haiti square square off against Turks and Caicos on June 5, with Haiti having little downtime before a match against Nicaragua three days later.

Geffrard was a starter for Les Grenadiers at the 2019 Gold Cup, helping the side surpass expectations – and Canada – to reach the semi-final stage. He then featured in every possible Nations League match following the summertime tournament, with the Haitian national team never conceding more than a single goal in those matches.

The country opened this year’s 2022 World Cup Qualifying action with a 2-0 win over Belize in March, which Geffrard wasn’t called up for. At that point the Halifax Wanderers had just begun preseason training after a very prolonged offseason, though now that Jems has been training consistently – albeit with some lockdown-related bumps on the road – Haiti has once again called upon him for the upcoming two games.

Geffrard, a product of the CF Montreal Academy, signed for the Halifax Wanderers last February. He quickly established himself as a consistent performer at The Island Games, with the east coast Canadian Premier League side coming just one match away from hoisting the North Star Shield.

The six-foot-three defender appeared in every single possible minute for the Halifax Wanderers during the impressive league run, with head coach Stephen Hart picking up a coach of the year award for the club’s successful roster rebuild.

Prior to that, Geffrard had played for Fresnco FC, Rovaniemen Palloseura, and Ekenas IF following his time in Montreal.

With the 2021 CPL season set to start in either mid-June or early July, there could be a fixture clash between league action and further international duty for Geffrard: Haiti is booked for a 2021 Gold Cup qualification match against Saint Vincent and the Grenadines on July 2, which could be right around when CPL teams begin the 2021 CPL season from a single location.

Geffrard has earned 14 caps for the Haitian national team since making his debut against Japan in 2017. If all goes as expected, he’ll return to the Wanderers with one or two more national team appearances in a few week’s time.

He isn’t the only Canadian Premier League athlete set for World Cup-related international duty, with Pacific FC’s Matthew Baldisimo recently accepting a call up with the Philippines.