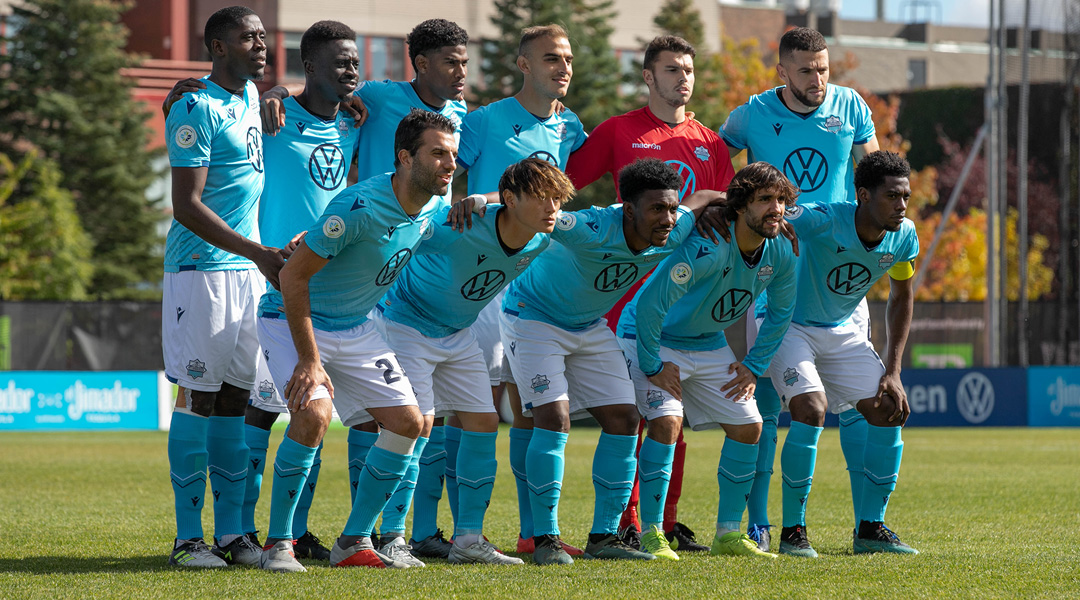 It’s been a busy offseason already for the Halifax Wanderers: the club has already confirmed nine of its 23 roster spots for the 2020 Canadian Premier League season, announcing six returning players and making three brand new signings so far.

On the opposite side of things, there have been five players to publicly announce their departures from the Halifax Wanderers, with Elton John recently posting what may have been a goodbye and Jan-Michael Williams only slated to return in the role of a goalkeeping coach.


The club has remained radio silent in regards to the outbound players, and when one fan said it’d be nice to see the club thank the players who won’t be returning, Club President Derek Martin replied that the club will publicly thank them all as soon as the rest of the returning players have finalized their contracts – something he says will be done soon.

With Martin promising fans that a higher pedigree of players would be taking to the pitch for the east coast club come 2020, a fair amount of turnover was inevitable. To that end, Kouame Ouattara, Elliot Simmons, Tomasz Skublak, Ndzemdzela Langwa, and Kodai Iida have all parted ways with the club so far.

That means the Wanderers still have to confirm the confirm the status of ten different players, including the likes of Juan Diego Gutierrez, Matthew Arnone, Andre Bona, and Mohamed Kourouma, among others. It’s still not known whether Peter Schaale will be returning, either.

Of course, even once the returning players put pen to paper it’s likely that the club will spread out the announcements over the next month or so. Given that Luis Alberto Perea and Andre Bona are featured in the club’s new shop, it’s largely expected that they will return for 2020.


Martin’s revelation that the returning players are all nearly sorted out falls in line with his earlier statement that the majority of the roster would be sorted out by January 2020. Given that CPL-U SPORTS Draft picks Cory Bent and Jake Ruby won’t have a chance to impress until after that date, the club’s complete 2020 roster won’t be decided until closer to the start of the season itself.

Whether Stephen Hart can guide next year’s squad to a higher finish in the Canadian Premier League remains to be seen, but with the Wanderers only losing twice at home last year it’s easy to envision Wanderers Grounds becoming even more of a fortress with an improved roster. If the club can start picking up results on the road, 2020 could see the Wanderers land on a very different spot in the league table.