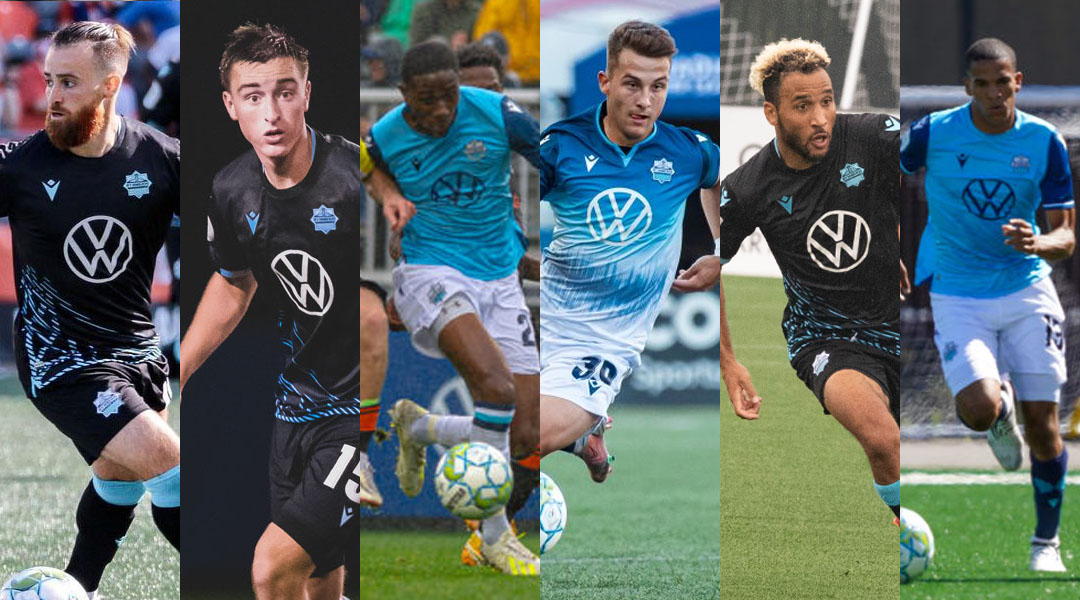 East coast Canadian Premier League side Halifax Wanderers has announced that six players will be departing the club, two of which were already known.

Today it was confirmed that Alessandro Riggi, Scott Firth, Stefan Karajovanovic, Mamadi Camara, Alejandro Portal and Morey Doner would not be returning to the east coast side.

We would like to thank these players for their contribution and effort as Wanderers and wish them nothing but success on and off the pitch in the future.

The biggest surprise to Halifax fans is likely to be Stefan Karajovanovic, who put in a solid rookie season as a fast-footed, creative attacker. The former York United draft pick is a likely prospect to end up elsewhere in the league come 2022, with multiple CPL sides having already reached out to his agent.

Speaking with Northern Tribune, Karajovanovic confirmed that he’d certainly like to make a CPL return next year, though he’s still evaluating his options at the present.

Both Alessandro Riggi and Morey Doner had already announced their departures from the CPL side. Doner’s exclusion from the final matchday squad of the season proved to be a big talking point, with the right-back now reportedly having his eyes locked on a new chapter in the USL.

Scott Firth is the only three-year Halifax Wanderers player of the bunch, with the Haligonian midfielder having made 22 appearances over his time with the side. Unable to truly break into the squad after three years, however, his departure always seemed likely.

Both Alejandro Portal and Mamadi Camara arrived as late-season additions, though they appeared to fit in at the CPL level. Camara – a former San Jose Earthquakes draft pick- scored one goal in ten appearances, while Cuban defender Alejandro Portal was a consistent starter following his arrival in September.

Oddly enough, the club had just published a ‘journey begins‘ article for Camara last week, a mere number of days before his club option was officially declined.

Fegan – who has now adopted a newly-created club role of Sporting Director with the east coast side – also revealed that further roster updates were expected soon.

While the togetherness and commitment of our players in difficult circumstances has never been in doubt these past two seasons, the reality is we did not achieve our goals of competing for the title in 2021. We’re continuing to evaluate our areas for improvement and have to make difficult decisions in the long term interests of the club as we’re committed to delivering trophies to our fans. We’ll look forward to sharing further updates about the 2022 squad soon.

Fegan’s new role was created to give Stephen Hart more time to focus on improving the club’s on-the pitch performance, with the 2021 CPL season proving to be a tough one: having reached the 2020 CPL Final, the club’s followup campaign saw it fail to finish in the top half of the table.

The 2021 CPL season saw Brazilian forward Joao Morelli blossom as an all-but-certain golden boot winner, while Keiran Baskett made a strong claim as a starting goalkeeper. On the flip side, however, it was a tale-of-two-seasons for last year’s golden boot winner Akeem Garcia, and the club seemed to run out of goalscoring gas without Morelli on the pitch.

Whatever roster moves happen next, it looks like the Halifax Wanderers are diving right into them. That’s not too surprising given how the the club reacted to a disappointing finish in 2019.