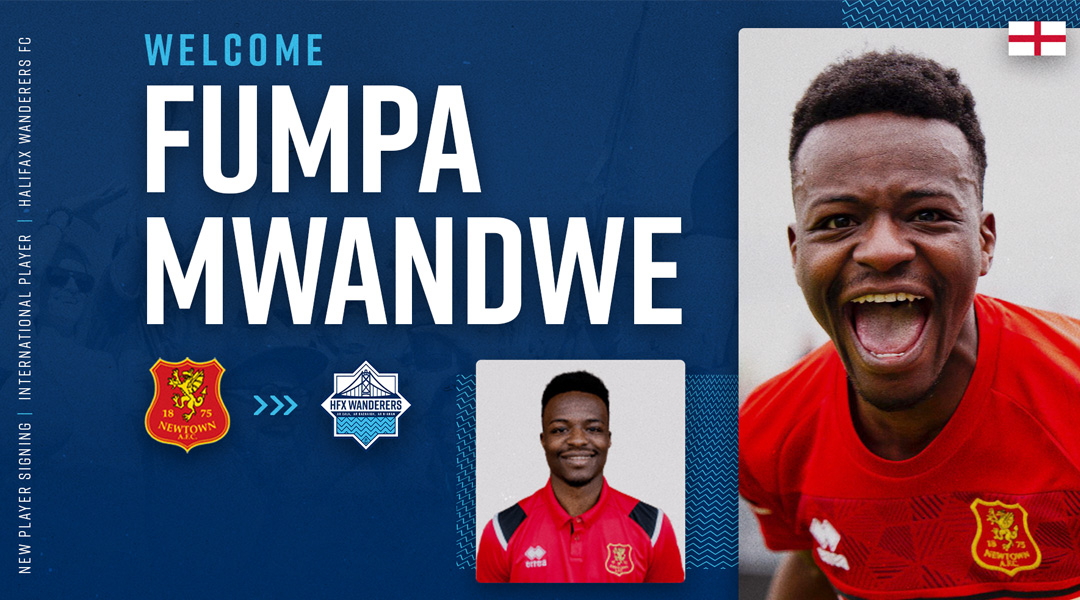 The Halifax Wanderers became the third CPL team to dip their toes into the international transfer window, adding English winger Lifumpa ‘Fumpa’ Mwandwe through to 2023 with a club option for a further year.

The 21-year-old arrives to the Canadian east coast after procuring seven goals and six assists for Welsh Premier League side Newton AFC in a 2021-2022 season that saw them finish third.

Given that Fumpa led the WPL as its most-fouled player while also completing the most dribbles, fans can paint a picture on what they can expect to see when the dual-footed attacker arrives to Wanderers Grounds.

“We’re delighted to secure the services of Fumpa, who fits the profile we prioritized on the left side of our attack going into this international transfer window,” said Wanderers sporting director Matt Fegan. “He is an exciting young winger who is blessed with pace and creativity, excellent in tight spaces and shows a consistent ability to beat his opponent.”

Fegan also noted that the winger can also play through the middle up front, which suggests that we might be seeing the long-sought-out Joao Morelli replacement after all.

The newest addition to the Canadian Premier League developed through English League One side Shrewsbury Town, turning professional at the age of seventeen. The London-born athlete was loaned to Newtown AFC in 2019, eventually signing with them last year.

He now departs after 74 appearances, fifteen goals, and thirteen assists from his time in Wales.

See Also: Wanderers Hoping For Permanent Stadium As Soon As 2024

“I’m very excited to join the club,” said Fumpa. “I saw a video with what the club’s all about, and I was immediately drawn to what I saw. The thing that excites me most about this new challenge is being able to showcase my ability in a different country and especially in front of the Wanderers fans.”

The club revealed that the Halifax Wanderers triggered a release clause in his contract, though it isn’t clear what. Fegan noted that Newton AFC was quite professional in releasing him in a timely manner once those conditions were met.

Mwandwe will arrive after completing a second leg of Europa Conference League qualifying action for Newton, who entered by way of a third-place finish in their domestic league last season. Fumpa featured as a late substitute in the away leg, and is expected to get a home farewell in the return.